The storm headed for the Central Coast will bring with it beach hazards like high surf and diminished water quality, according to officials on Saturday.

Gore and others stationed at the Coast Guard in Morro Bay are bracing for a major storm set to sweep the Central Coast Sunday through next week.

“We have a very large westerly swell coming in,” Gore said. “We’re really looking at bigger conditions along the shore, as well as harbor entrance.”

The National Weather Service issued a high surf advisory through Sunday, reporting potential for breaking waves up to 11 feet high.

The high surf didn’t stop surfer Greg Lampert from riding the waves Saturday, despite warnings from the SLO County Health Department that ocean water is unhealthy up to 72 hours after a storm due to increased bacteria.

But the coast guard is warning even skilled surfers like Lampert to exercise caution in the coming days.

That warning goes for surfers and boaters, like John Pennisi of Monterey, who nearly lost his boat during the first batch of rain Friday.

Pennisi and his commercial fishing boat, which he just spent over a year investing more than $1 million in renovations, crashed into rocks. 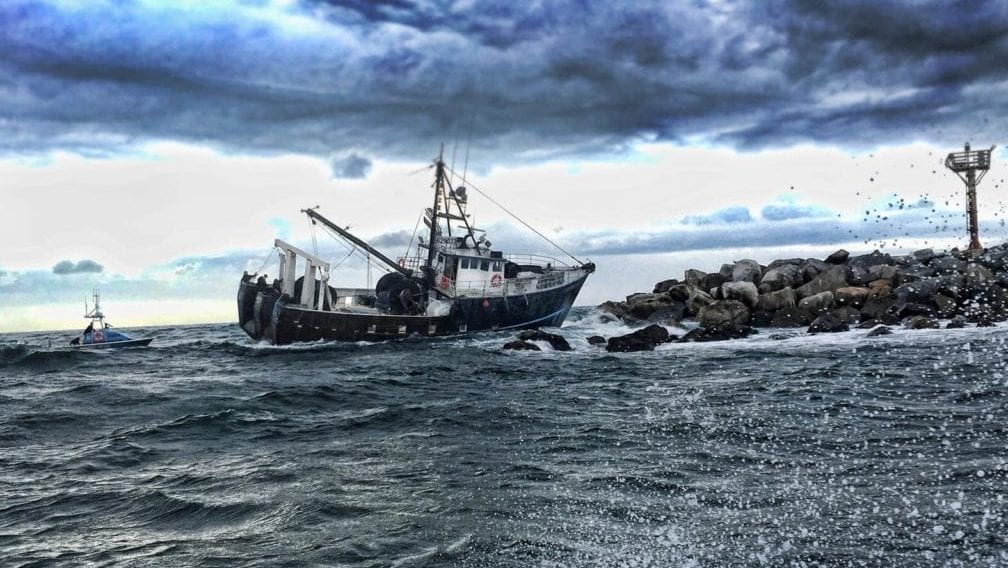 But within minutes, the Harbor Patrol and Coast Guard responded, sparing Pennisi and his vessel just in time.

“With the storm coming, if this boat had been stuck on the rocks, it wouldn’t have been salvageable,” Pennisi said.

As big waves crash into the coast line, erosion adds another risk.

Cliff sides can collapse as evidenced by a pair of small rock slides in Shell Beach Saturday.

“People walking along the cliff side getting to close, the edge has been weakened by the bigger swells, so it is a danger,” Gore said.