The Internal Revenue Service recalled another 38,000 workers on Thursday to help process tax returns, despite the government shutdown, when tax season begins Jan. 28.

The IRS is operating on 57 percent of its workforce. Even with the return of employees, local accountant communication to the federal agency is still non-existent.

“It makes it hard, because if there are any issues in the tax return process, we cannot get a hold of anyone to resolve it,” Misty Little said, an enrolled agent at Burkart & Stevens in San Luis Obispo.

The IRS still doesn’t have other functions up and running like return examinations, non-automated collections, legal counsel, and audits. Meaning people could massage the truth on their filings, but also be open criminals filing fraudulent tax returns.

“It concerns me a little more so because there is not anyone there to check red flags that come up,” Little said.

In the county, 29 percent of households struggle to make ends meet. While tax returns are essential for most families, some hope the changes in the law make for a more robust return.

“I could see it being a little bit better, but it depends,” said Rick London, United Way of San Luis Obispo County CEO. “I think it will be mixed.”

This is the first tax year under the Tax Cuts and Jobs Act — an overhaul of the code that doubled the standard deduction ($12,000 for singles and $24,000 for married-filing-jointly in 2018), and eliminated personal and dependent exemptions (formerly $4,050 for yourself, your spouse and each dependent).

The law also placed limits on itemized deductions, including a new $10,000 cap on state and local tax deductions.

Among the changes, the IRS will waive underpayment penalties, to an extent, so long as withholding and estimated tax payments total at least 85 percent of the tax shown on the return for the 2018 taxable year, Forbes reports.

Taxpayers will notice that their Form 1040 has undergone a makeover. For starters, the paper copy will be shrunken down so that it’s “postcard-sized” and you’ll have six schedules.

“You’ll have a redesigned 1040, and some lines will be combined and shifted over to other forms and schedules,” said Amy Wang, a CPA and senior manager on the American Institute of CPAs’ tax policy and advocacy team.

Accountants warn this filing season may be a complicated one, especially since the 2018 season marks the first time you’ll be filing under the new tax code.

“It’s going to be a mess,” said Debbie J. Freeman, CPA and director of financial planning at Peak Financial Advisors in Denver. “I’m sure they’ll accept the returns, but I don’t think it’ll go off without some hiccups.”

If you made up to $66,000, you can file your taxes for free by going to MyFreeTaxes with the help of United Way.

If you made less than $54,000, you can receive help filing your taxes thanks to a local program Volunteer Income Tax Assistance (VITA). 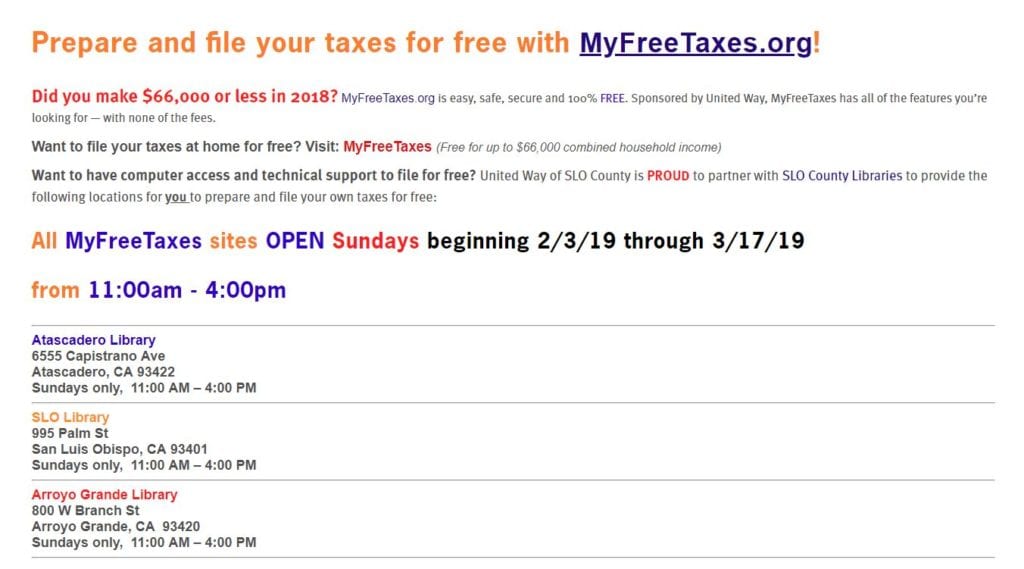 CNBC contributed to this story.