The search warrant was executed on the 200 block of West Williams Street, Sgt. Woody Vega stated.

According to a press release, the search turned up a number of felons in possession of firearms, as well as methamphetamine. 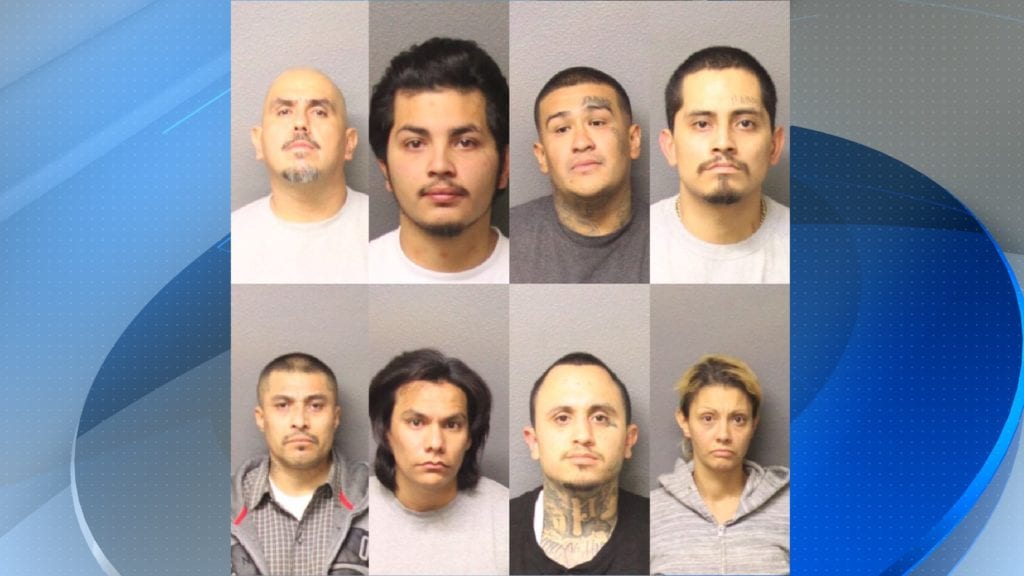 Police arrested Elias Santiago, 25, Maria Medina, 24, Francisco Alfaro, 27, and Salvador Gonzalez, 23. All are convicted felons and face charges of a felon in possession of a firearm, ammunition, and a gang enhancement.

Both convicted felons Adam Valdez, 42, and Henry Castillo, 44, were also arrested and face similar charges including possession of methamphetamine for sale, police stated.

Vanessa Maldonado, 30, was arrested and faces charges of being under the influence of a controlled substance and possession of narcotic paraphernalia.

Daniel Media, 18, was also arrested, facing charges of possession of narcotic paraphernalia and obstructing or delaying a police investigation. He was issued a citation and released from SMPD.

The seven others were transported and booked into the Santa Barbara County jail. All are residents of Santa Maria, according to police.