Tempers flared Wednesday at an Oceano Community Services District meeting as the Vice President of the Board explained she wanted to remove a director on the Board over her opposition to the Pismo Beach Central Coast Blue Water reclamation project.

Members of the community addressed the Board multiple times throughout the special meeting, saying it was a waste of taxpayer money and time to set aside a special time to discuss the issues that could have been saved for the next regular meeting.

Some speakers called the Board’s special meeting an attempt to hide its actions.

Vice President Karen White intended to take a vote on whether Director Cynthia Replogle should remain on the committee, but White ultimately made a motion to have the issue discussed later. 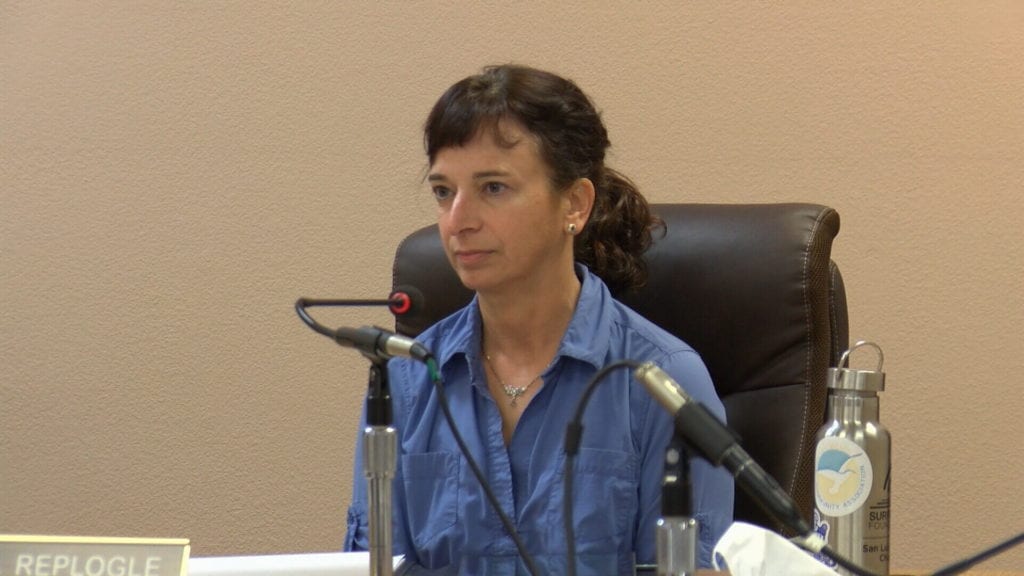 Replogle confronted White about the plans to vote on her removal from the committee and White said the decision arose from Replogle’s “loud” opposition to plans for the Central Coast Blue project.

“We have a board member who begins publicly, very loudly, publicly online and other meetings speaking against that,” White said.

White added that the Board has long supported the reclamation project and believes it will bring value to the area’s water basin.

According to its website, the project would create a new, high quality, reliable water supply for the Five Cities.

“This project will allow us to have sufficient supplies even in times of water shortage or drought,” according to the website.

But Replogle, who recently spoke out against the project at a Pismo Beach meeting on the issue, said the project threatens the environment.

“I think that’s imperative on me as a representative of Oceano to serve the best interest of the community and environment we all live in,” Replogle said.

Replogle attempted to change language in Board policy that would require cause given for removing any board member from the committee.

White and two others argued against the change, saying it was difficult to determine what “good cause” is.

The issue will be discussed at the next regular council meeting in February.

The South San Luis Obispo County Sanitation District is responsible for wastewater (sewer) treatment and 9 miles of sewer lines from the Cities of Arroyo Grande, Grover Beach, and the Oceano Community Services District.