UPDATE (7:46 p.m.) – Police say a suspect is in custody following a pursuit in Atascadero.

Police say the incident stemmed from a hit-and-run collision that was reported in the 12100 block of Viejo Camino. Witnesses had reported that the suspect vehicle was seen in the area of Curbaril and El Camino Real.

A San Luis Obispo County Probation unit was in the area, and deputies located the vehicle shortly after.

Police then followed the vehicle northbound on El Camino Real. Officers say the driver took off at a high rate of speed.

The suspect then led them to the area of El Camino Real and San Anselmo before heading back south through the city.

Investigators say the suspect eventually abandoned the vehicle on Bocina Lane, near the Bordeaux House Apartment complex, and then ran away from the scene.

The San Luis Obispo County Sheriff’s K-9 team was brought in, as well as a CHP helicopter and Deputy Probation Officers.

The police department eventually tracked the suspect to an apartment on Bocino Lane, where he was taken into custody without incident. 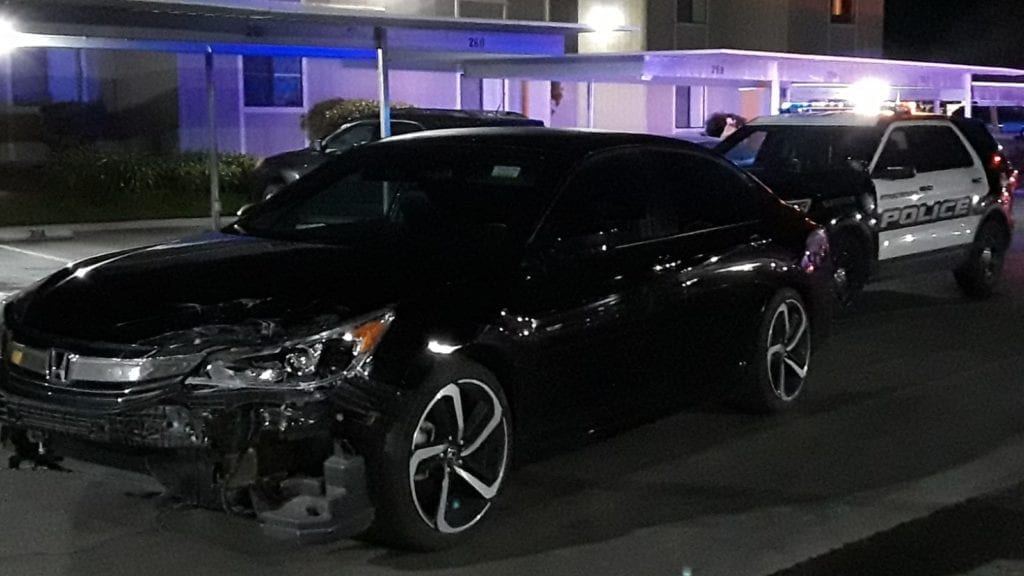 He will be transported to San Luis Obispo County Jail and booked on suspicion of felony evading, felon in possession of a baton, hit and run, possession of stolen property, and possession of paraphernalia.

Atascadero police are searching for a person who fled following a pursuit.

The search, which started around 6 p.m., is focused on the area of Paloma Creek Park.

Police say officers tried to pull over a man who had a felony warrant out for his arrest, but the man refused to stop. The pursuit reportedly ended in the Paloma Creek Park area where the man ran away on foot.

He is described as approximately 24-years-old, 5’8″ tall and 155 pounds with black hair and brown eyes. He was last seen wearing a dark blue shirt and dark blue jeans.