A meteorologist with the National Weather Service Mark Jackson assessed the situation on Saturday afternoon during a press conference; “This was definitely a very strong storm, probably the most intense storm we may see this season.”

“The initial rainfall intensity and strong damaging winds arrived a little after 5 a.m. and we immediately responded to over 50 calls for service,” Kevin Taylor said, incident commander

Flash flood just wiped out everything below the house. Be safe people.

“Storm totals range anywhere from a half an inch to 1 inch in north county,” Jackson said. “An inch to 3 inches in Santa Barbara south coast and 3 to just over 4 in the foothills in the mountains.” 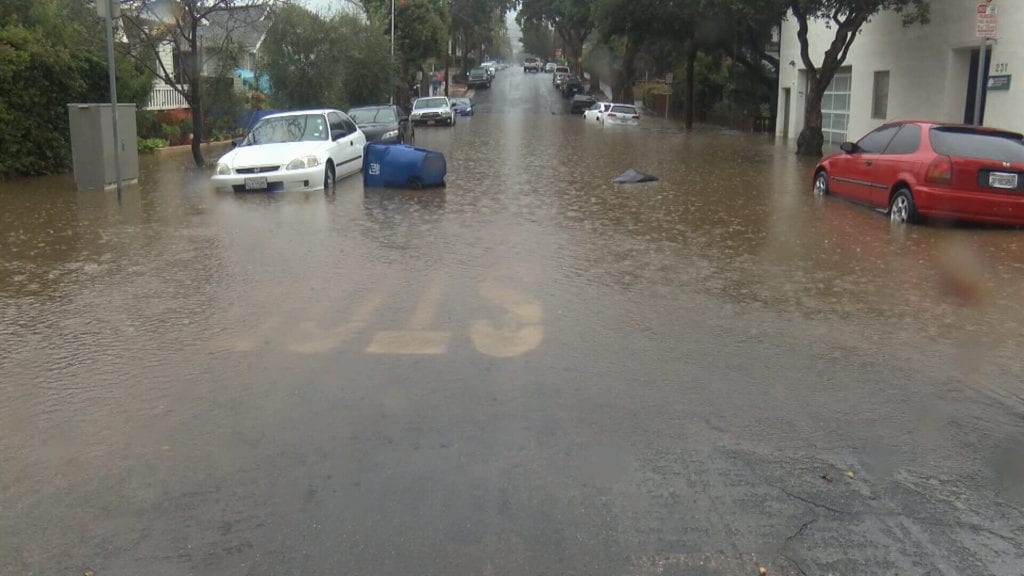 Jackson said “we truly dodged a bullet” when citing the intensity of rainfall in the Refugio Pass area tallying 1.1 inches in 15 minutes. 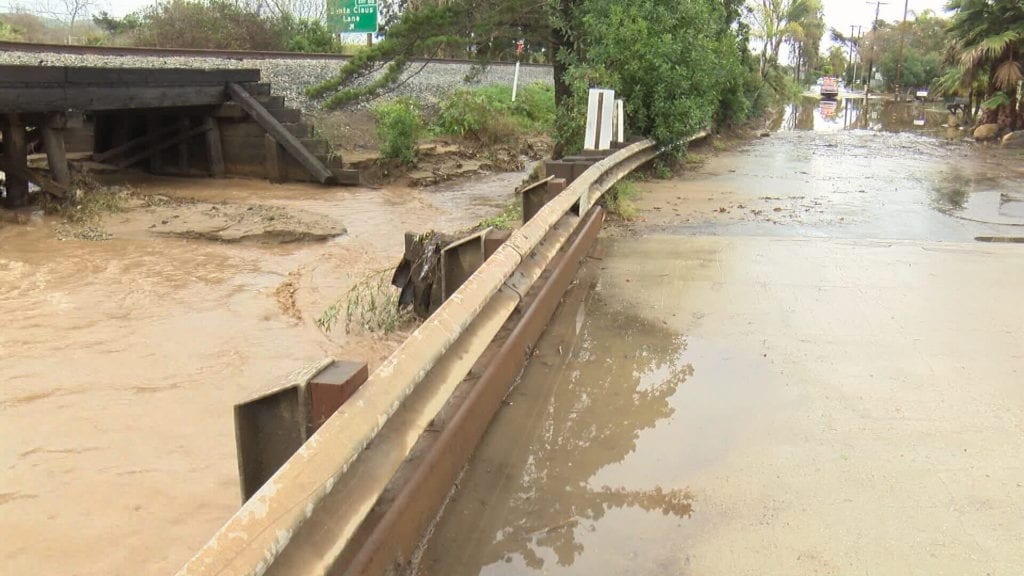 NWS recorded peak wind gusts of 84 mph at the Gaviota Observation site. Several other stations gusted over 71 mph. Sustained winds of over 40 mph were also recorded around the area.

More rain is expected to start Saturday night, but “intensities will be nowhere close” to what was experienced Friday night, early Saturday morning, Jackson said. Another storm system is expected on Monday.

The storm produced runoff from Romero and San Ysidro Creek, forcing officials to close Highway 101 and backing up traffic for hours. Caltrans reopened the southbound at 4 p.m. Northbound was expected to be reopened between 6 to 8 p.m.

“We know having the freeway shutdown is extremely inconvenient, “CHP Capt. Cindy Pontes said. She added thanks to quick communication, no motorists were stranded.

A culvert drainage issue has closed Highway 154 near Lake Cachuma.

The storm also caused downed trees and debris including power lines. At least one motorist became stranded on a flooded road within the city of Santa Barbara.

The biggest destruction we’ve seen from the storm so far – 100 ft tree down into a Santa Barbara home. SB Fire says the people inside are okay @KSBY pic.twitter.com/3epECnlZmK 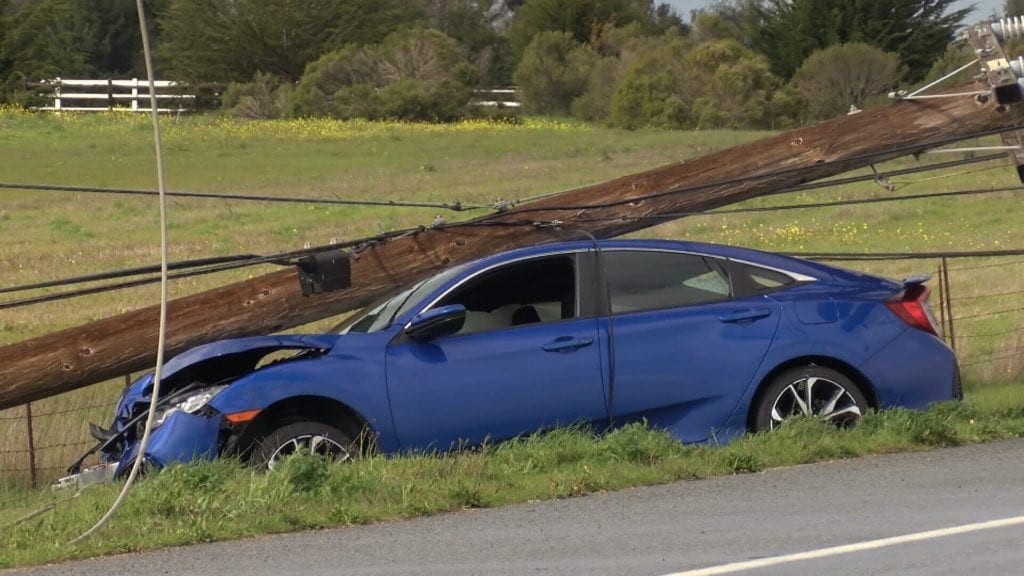 Officials said some businesses experienced some flooding. With work still being done and more rain on the way, officials said a public safety risk remains. Evacuation orders were extended until late Sunday morning.

“Only about 17 percent of the people contacted indicated they’d stay in the burn areas below the Sherpa, Whittier and Thomas Fire,” Sheriff Bill Brown said.

For residents who remain evacuated through Sunday, the Sheriff offered assurance that law enforcement will maintain a presence in their neighborhoods.

“We will continue to have teams of deputies conduct saturation controls in the area to safeguard property and keep people out of the impacted areas that have no business being there.”

The Santa Barbara Co Sheriff says the evacuations ordered earlier will be extended through tomorrow morning. Highway 101 expected to be fully opened by 8 pm tonight. Only 17 percent of people contacted about evacuating said they intended to stay, Sheriff said. pic.twitter.com/mrR86wLGpT