Even with the onslaught of rainy weather, the U.S. Drought Monitor states San Luis Obispo County and Santa Barbara County remain abnormally dry after the new map was released on Thursday. As of Wednesday night, it showed the area in a moderate drought.

On Wednesday, the UC Cooperative Extension held a workshop in Solvang titled “Weather, Grass, and Drought: Planning for Uncertainty.”

“Leave it to a drought workshop to bring the rain,” Matthew Shapero joked. He is a livestock and range advisor for UCCE.

Farmers and ranchers enjoy the precipitation, but still face an uncertain supply of water when they need it.

Shapero pointed out a call he received questioning the monitor’s accuracy on a local level.

“He said ‘I really don’t think the drought monitor accurately reflects what I am seeing on the ground.'”

Take a look at the current reservoir levels from the recent rain. 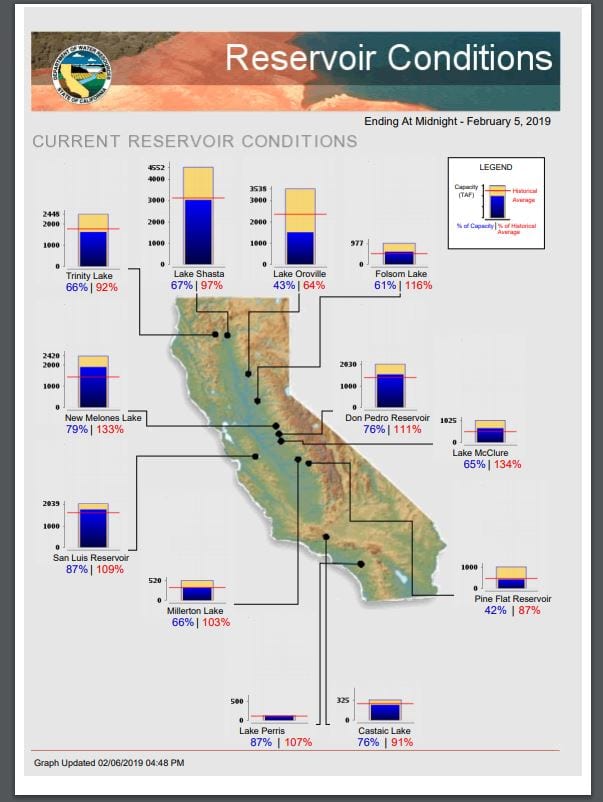 The workshop provided a forum to ask questions, offer concerns, and hear from a number of experts in the field who monitor the drought and effects from it.

“It’s better than it used to be when the drought monitor started,” said Dr. Deborah Bathke of the National Drought Migration Center. “Data was only available at climate conditions.”

Historic data remains imperative for context and to show the variability of precipitation on the Central Coast.

“We Californians are constantly accused of not having seasons. We do,” said Dr. Royce Larsen, an advisor of the UCCE. “We have fire, flood, mud, and drought. That’s what we live with. And it’s getting more and more so every year.”

Larsen pointed out the difficulties in forage for ranchers and their livestock.

“One out of three years is below average. That’s what we’re currently living with and it’s just continuing.”