The first day to register students for Paso Robles kindergarten looked a lot like a Black Friday sale.

Georgia Brown Elementary School is one of just two dual immersion programs in the county. It is a place where students learn English and Spanish, something parents see as a leg up.

Parents began lining up around 11 p.m. Wednesday, camping out for Thursday morning enrollment. 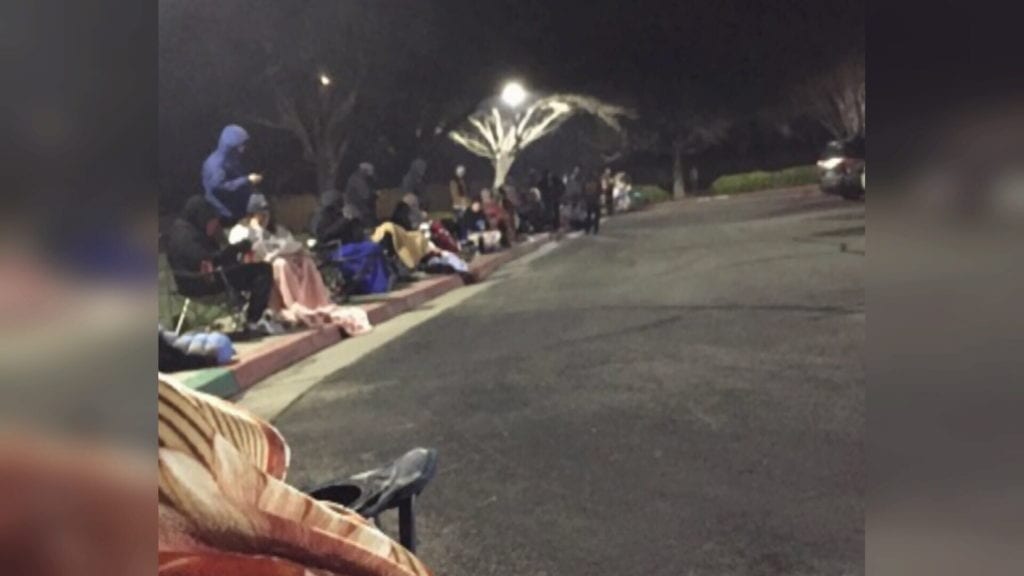 “We did have a lot of excited parents this morning waiting to register their student in Georgia Brown,” Kenyon said. “Every year we have a group of parents who want to be the first in line to make sure their kids are right there and enrolled.”

Within 90 minutes, 75 percent of the seats at Georgia Brown were already full for the upcoming school year.

“For my second child, there was a line, not to the extent it’s at now,” said parent Adriana Carp.

She sent both of her children to Georgia Brown Elementary, and while Carp and her husband only speak English, their two children are now fluent in Spanish as well.

“The connection between academic success and being bi-literate, I think more parents are privy to that and the opportunities open to these kids,” Carp said.

Students from as far away as San Luis Obispo attend Georgia Brown, soaking up a new language at an age researchers call “the window of opportunity.”

“Having two languages is an incredible skill,” Kenyon said.

The program operates with 90 percent Spanish and 10 percent English, challenging students to not only complete basic math, science and reading, but in a foreign language.

“It’s amazing how independent they get and how quickly they’re able to absorb the language,” Carp said.

Georgia Brown is the largest of the six elementary schools in Paso Robles, with 661 students from kindergarten to 5th grade. It became a dual immersion school about 20 years ago.