A Central Coast couple married for nearly half a century has been forced to live apart for 14 years but got to share a special meal Thursday for Valentine’s Day, thanks to generous people in the community.

Debbie and Steven Pryor dug into a special Valentine’s Day meal at Tahoe Joe’s in San Luis Obispo and even after 45 years of marriage, it was still a tender experience.

“I fall in love with him again every time I see him,” said Debbie Pryor.

The couple met in high school and quickly fell in love, getting married before Debbie Pryor even graduated school and later raising their three children together.

The time they shared Thursday was precious, not just because the Pryors are in love, but because their time together is limited to just once a week.

Debbie Pryor has lived at Mission View Health Center in San Luis Obispo for the past 14 years, ever since she suffered a traumatic brain injury.

When the time came for Steven Pryor to enter assisted living, he tried to stay with his wife but her center, which has special services to address residents’ health issues, was full.

“They’re looking for a room that’s gonna be open, as soon as possible they said,” Steven Pryor said.

Steven Pryor now lives at the Bayside Senior Center in Morro Bay as he awaits an opening at the center in San Luis Obispo.

For the past two and a half years, the Pryors have lived in separate senior centers, forced to use the county bus system to meet for lunch at McDonald’s.

Colbook is known to many as “the flower lady” because she volunteers her time delivering flowers donated by Trader Joe’s to local seniors, like Debbie Pryor.

“Last week, I asked her if she was looking forward to Valentine’s Day and she said yes, she’s going on a date with her husband to McDonald’s,” Colbook said.

Colbook was moved by this story of separated soulmates and arranged a meal at Tahoe Joe’s, which was paid for by the San Luis Obispo Menu Club. 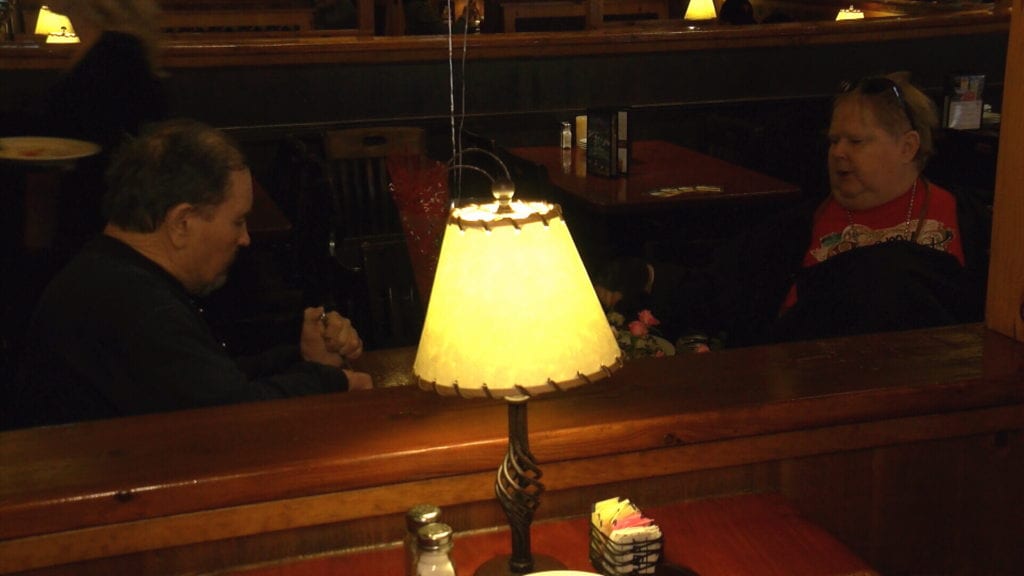 It’s the marriage, not the meal that brings these two together, but a full belly and full heart keep them going until next time.

“(These get-togethers) are special and we’re not gonna give them up,” Debbie Pryor said.