(3:30 p.m.) – During a press conference Friday afternoon, the Kern County Sheriff’s Office confirmed the wreckage of a private twin-engine Beechcraft BE55 headed from the San Luis Obispo Airport to Whiteman Airport in the Los Angeles area was found in the Tehachapi Mountains around 10:30 a.m.

Authorities were told three people were on board the small plane.

Authorities were notified after the son of the pilot contacted the FAA when the plane didn’t arrive at its destination, sheriff’s officials said.

The wreckage was reportedly found in deep snow with a piece of the orange tail sticking out.

The sheriff’s office said weather has created treacherous conditions for pilots in these mountains over the years with other crashes being reported.

Crews will work for several days to make a path to the crash site as the terrain is difficult to access.

The identities of those on board have not been released.

The FAA and NTSB are investigating the crash.

(3:05 p.m.) – Crews have found the wreckage, west of Tehachapi. Officials will hold a press conference soon.

(2:25 p.m.) – San Luis Obispo Airport Deputy Director Craig Piper says the plane that may have crashed somewhere in the Tehachapi Mountains is believed to have flown into the airport around 11 or 11:30 a.m. Thursday and departed around 4 p.m. the same day.

The FAA says the plane is a Beechcraft BE55.

Piper says the airport does not typically interact with private pilots that come into the airport the way this plane is believed to have done. He did not know how many people were on board.

The plane may be registered out of Glendale, according to Piper.

The photo below is a version of the plane missing, not the specific plane. 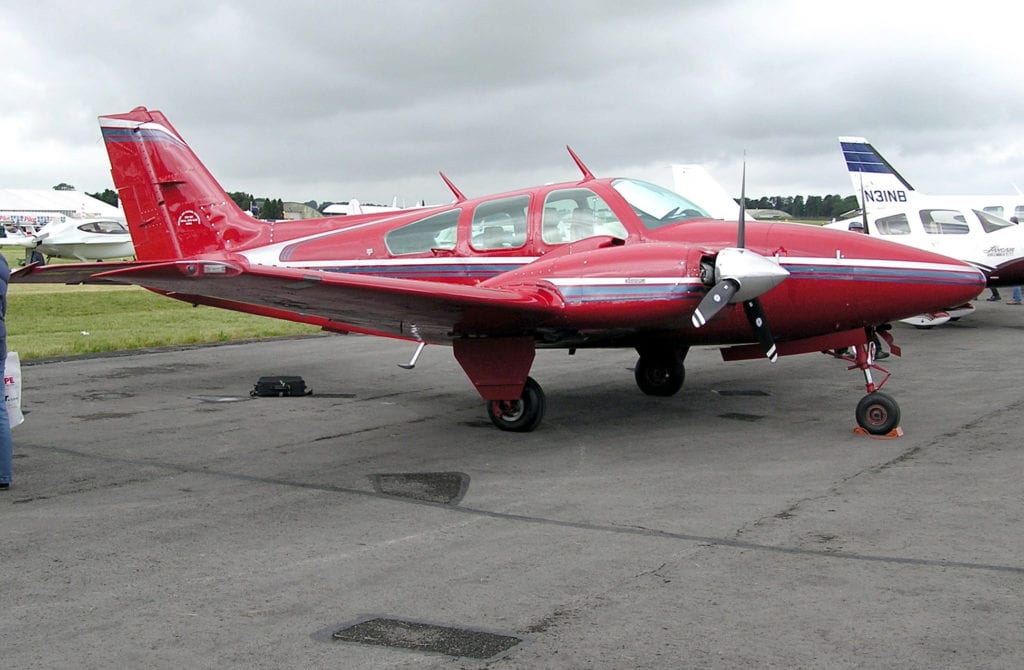 (2:08 p.m.) – The Kern County Sheriff’s Office is searching for a plane that may have crashed somewhere in the Tehachapi Mountains. The plane reportedly took off from San Luis Obispo and was traveling to Los Angeles but never arrived.

Sheriff’s officials say they were alerted of the overdue plane at around 10:30 p.m. on Thursday.

Crews searched until 3:30 a.m. on Friday initially focusing on the area of Interstate 5 and Highway 166. The sheriff’s office says it is continuing to work with the Civil Air Patrol, Kern County Fire Department, and California Office of Emergency Services to look for the possibly downed plane.

The area crews are focused on is said to be mountainous with two to three feet of snow.

Sheriff’s officials say the plane is a private twin-engine Beechcraft. It’s believed there were three people on board.

The sheriff’s office planned to release more information at a press conference scheduled for Friday afternoon.