When Paso Robles restauranteur Debbie Thomas opened her restaurant in downtown San Luis Obispo, she never guessed she’d become one of the many shop owners recently forced to flee the area due to financial hardship.

Thomas, who started up Thomas Hill Organics in Paso Robles with a New York City meets farm-to-table vibe in mind, expanded her business to San Luis Obispo in 2016.

“It was a loss loss, basically,” Thomas said. “It was a really tough decision when I had to close but it was either close San Luis or both places would go under.” 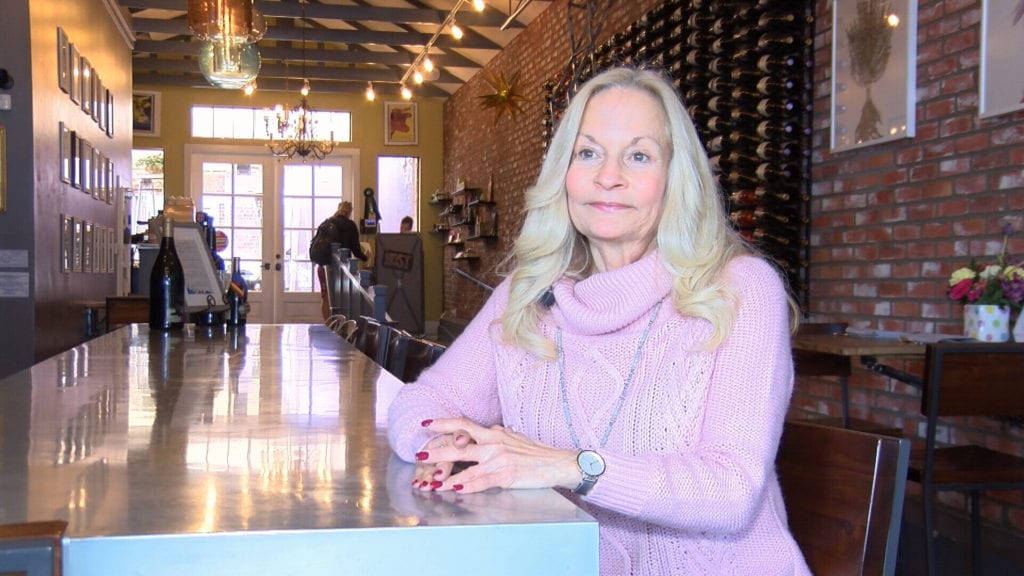 “It was heartbreaking, honest to God, the hardest thing I ever had to do,” Thomas said.

While Thomas re-focused her time and money on serving her signature lentil tacos and Thai chili salmon at her Paso Robles location, another restaurant, Naked Fish, suffered a similar fate.

“You can only be in a business for so long where you continue to lose month after month,” said Naked Fish President Karen Staehely.

After five years on Higuera Street in Downtown SLO, Naked Fish reeled in the business and retreated to its Paso Robles location.

“Parking is part of it but also rents being so inflated. It was too much for us to try and sustain that,” Staehely said, noting that her rent in Paso is a third of what she paid for the SLO location.

The owner of Natural Cafe, which closed last year in SLO but maintains its other locations in Santa Barbara and Santa Maria, said parking is a major barrier to entry for visitors.

“They don’t want to park several blocks away and have to walk in,” Kelly Brown said.

Over the past year, the Gap, Chipotle, Aaron Brothers, Natural Cafe, Foremost, Verizon, Which Which, Matador and Ann’s Clothing have shuttered in SLO’s downtown, leaving mass vacancies.

Rosales said SLO’s city leaders are keeping an eye on these changes but added store closures are natural for any downtown.

“It’s really the demand downtown that will drive who comes to do business here,” Rosales said.

Rosales said demand is high, which is why property owners pump up the price.

“It’s what the market will bear and what renters will pay,” John Hans, a real estate broker with the Rosetti Company, said of the rental rates.

Rents in Downtown SLO range from around $2 to $7 per square foot with some spaces exceeding $7,000 per month.

“It’s clearly an issue because you have so many businesses going out in the downtown area,” Staehely said.

“I know the rent is a big part of why these places are closing,” Thomas said.

But the revolving door effect is no concern for realtors, whose rent is not regulated by the city.

“There are some mom and pops that aren’t going to be able to afford that, you have nationals that can,” Hans said.

Hans believes the rents charged for space in Downtown SLO are reasonable because of the popularity of the area, though he admits they are notably higher than in similar locations in Downtown Paso, Santa Maria and Atascadero.

“Every landlord would rather have those corporate tenants,” Hans said. “They pay their rent like clockwork every month.”

But at SLO City Council meetings, residents are often outspoken supporters of local business, something that’s not lost on city leaders.

“Residents have said loud and clear that they care about downtown and want to maintain its character and that takes investment from the city,” Rosales said.

Up until now, the issue has only been considered an “important objective.”

For the first time, city leaders are making the vitality of downtown a major goal.

At a February meeting, council members tied the objective to the city’s budget, allotting time and money to make downtown a priority.

“We’re looking to the future to be able to have a diverse set of businesses, we want to create great experiences for people to come visit, spend some money and experience all that SLO has to offer,” Rosales said.

Rosales said part of the downtown vitality plan includes recruiting businesses from out of town, as well as encouraging shop and restaurant owners to expand their hours.

For business owners like Thomas, Staehely and Brown, there’s a mixed verdict on whether they will ever return to Downtown SLO; Thomas said she’s still in debt from the closure in SLO and has no plans for a return, Staehely said she and her co-owner are eyeing other locations around SLO, and Brown said it would take improvements to rent and parking for him to consider re-opening in SLO.