An elderly man was struck and killed on Saturday morning in Santa Barbara.

The California Highway Patrol reported the driver was backing up in a box truck at the Casa Dorinda Life Care Community around 10:25 a.m. when he struck the 77-year-old man walking in the roadway to the rear of the truck.

The unidentified man suffered fatal injuries and pronounced dead at the scene, according to the report.

CHP stated in the press release the incident is under investigation, but indicated the driver of the box truck was not arrested.

Both men were Santa Barbara residents. The victim’s name is not being released until next of kin have been notified. 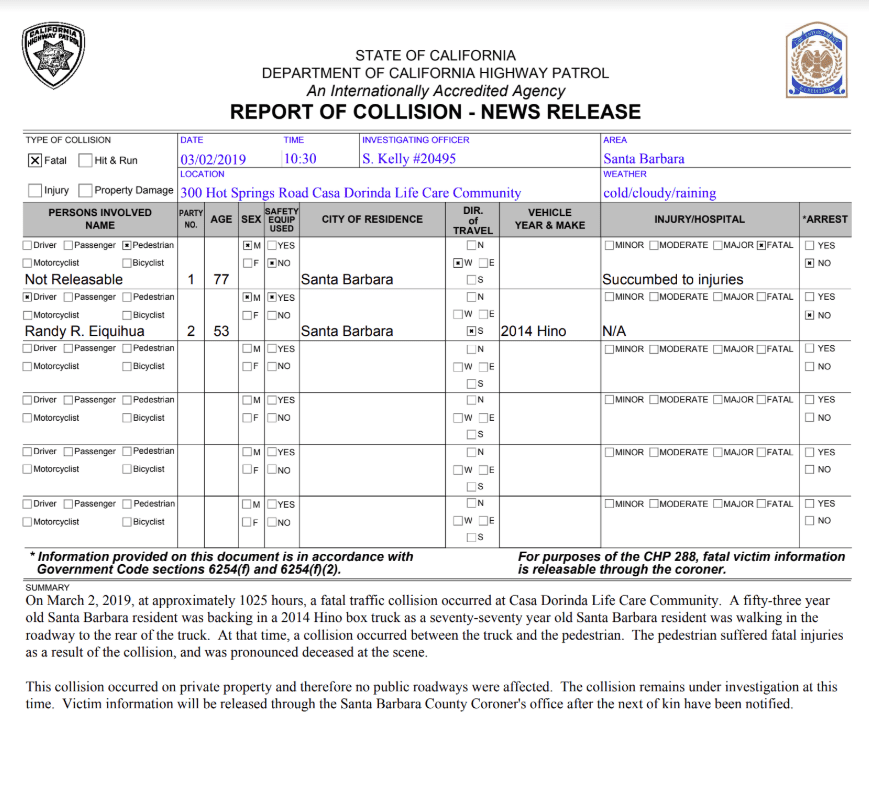