UPDATE: All lanes were open by 9 a.m.

ORIGINAL STORY: Emergency crews were responding to a crash on Highway 101 near Nipomo Friday morning.

It happened just before 7:45 a.m. in the northbound lanes near Tefft Street.

Initial reports received by the California Highway Patrol were that one vehicle was on its roof in the center divider.

The fast lane was blocked as of 8 a.m.

Another vehicle may have also been involved in the collision. 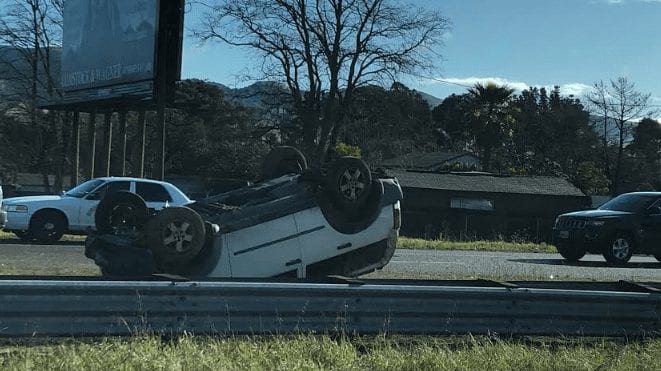