Downtown San Luis Obispo was smocked in a sheath of shamrocks Sunday morning as locals pulled on their green gear and celebrated Saint Patrick’s Day as early as 5 a.m. when the bars began to open.

Cleland received a kiss on the cheek, not a pinch, as she stood in line with hundreds of fellow St. Paddy’s day revelers. 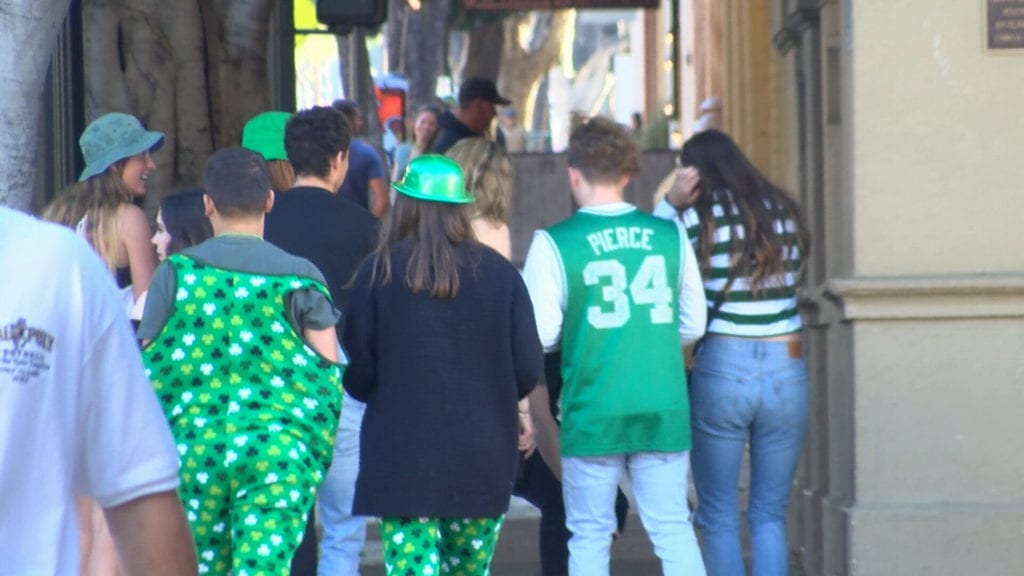 Like Cleland, many of these clover clad party goers rose before the sun, trading in coffee for green beer.

Curtis and his crew clamored onto Higuera as part of this Irish invasion.

He said sleep was not necessary to celebrate.

“It started dark then the sun rose during the shift which is not something that typically happens,” Harper.

SLO Safe Ride parked in the middle of the madness handing out free water and donuts, which he and his employees have done for the past six Saint Patrick’s Day holidays.

“It’s just the spirit of SLO Safe Ride, why we started and what we’ve continued to do is just enjoy life responsibly,” SLO Safe Ride owner Mike Linn said.

For some, the festivities started winding down around 9 a.m.

“There’s gonna be an end then a nap then to the library to study for finals,” Kennedy Whalen, a Cal Poly grad student, said. 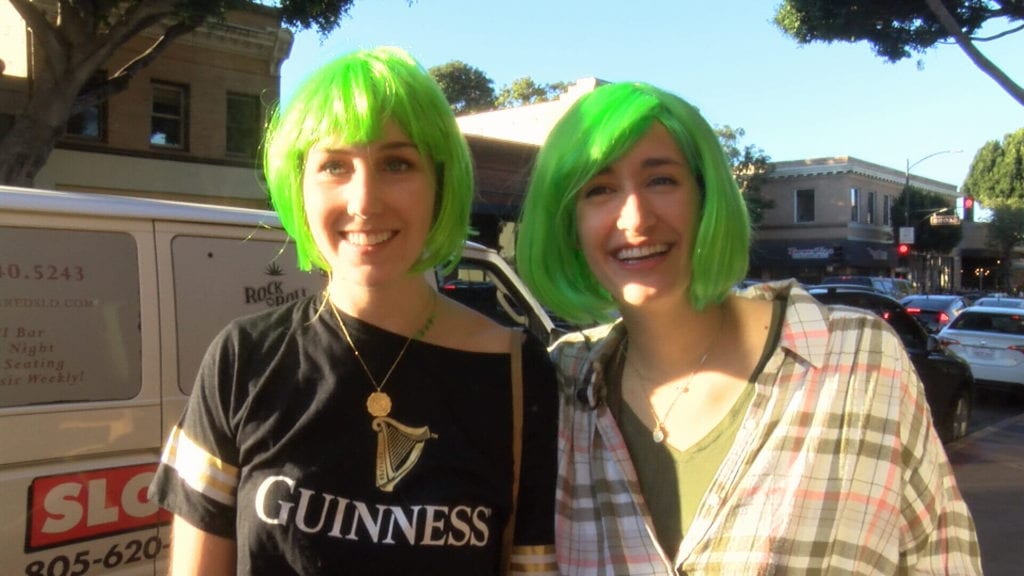 Others hoped to find the pot of gold at the end of the rainbow.

“I’m trying to make it down to the casino after this,” Moses Diaz, an Oceano resident, said.

Whether Irish or not, a Saint Patrick’s Day out with friends, nice weather and green beer is enough to make anyone feel lucky.