Sheriff’s officials say a deputy responded to an alarm at a home in the 1700 block of Trilogy Parkway and found that a screen to a side window had been removed and the window showed evidence of tampering.

The deputy also reportedly spoke to a witness next door who reported encountering a young couple leaving the area as the alarm was sounding.

The witness said the couple was unable to provide a credible reason for being in the area and ran off. However, the witness was able to take a picture of the young man. 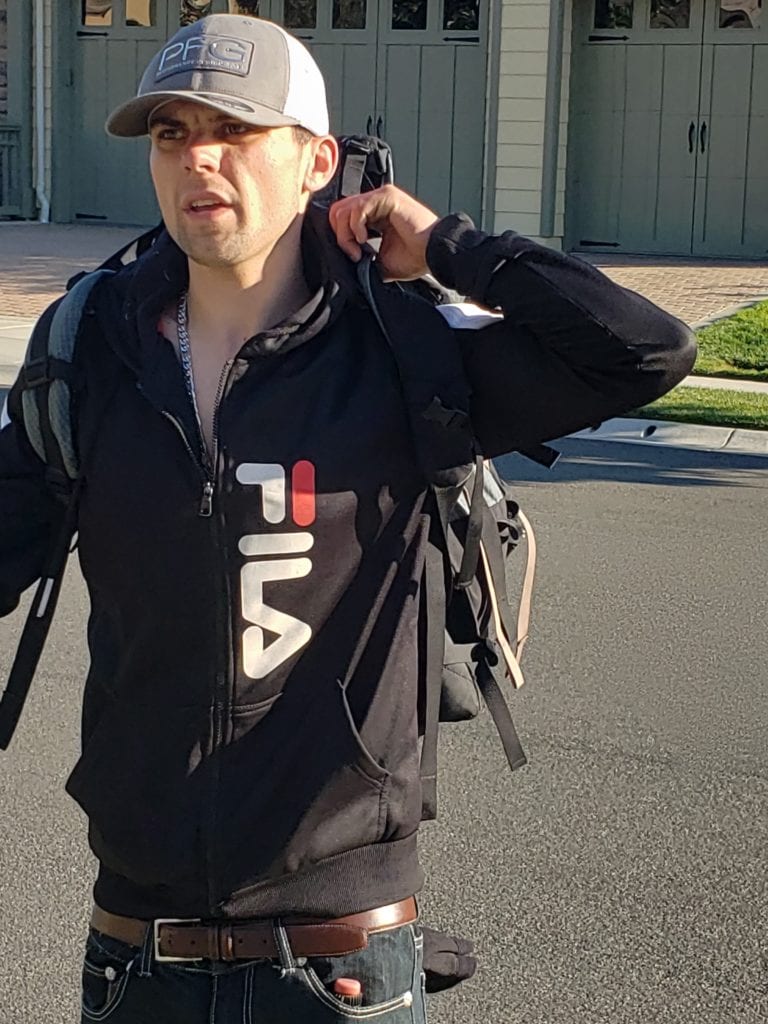 He was also captured on a doorbell surveillance video camera.

Sheriff’s officials says he was with a woman believed to be in her mid-20s, heavier set, with brown hair. She was wearing a baseball hat, blue jeans, and a backpack.

Anyone who recognizes this man or has information about this incident is urged to contact the sheriff’s office at (805) 781-4500. Anonymous tips can be made by calling Crime Stoppers at (805) 549-STOP.