The widening gap between wages and housing costs in California and on the Central Coast, specifically, brought together leaders from across San Luis Obispo County Friday to discuss possible solutions.

“Who wouldn’t want to live here? Look outside, this is great,” said California Association of Realtors President Jeanne Radsick. “But there’s the rub. People want to live here. How are you going to support them?”

Speaking to a crowded room at the SLO County Housing Summit, Radsick told county leaders to act fast to address what she calls a “housing crisis.”

“We have had a long period where we didn’t take this topic seriously and now we’re getting to this point where we have to because future generations won’t be able to sustain the cost of living here,” said San Luis Obispo City Councilman Aaron Gomez.

“There’s nowhere their kid is possibly going to live where they grew up so they’re gonna go live in Denver now,” Weiner said.

Weiner’s bill would speed up the approval of zoning permits for multi-family housing units. He’s also seeking to prevent cities from banning construction in certain areas that are within a half-mile of a rail station, a quarter-mile of a high-frequency bus stop or in an area deemed a “job-rich” zone.

Protestors outside the summit argued housing development should be left to local governments and also defended the look and structure of SLO, something Weiner took issue with. 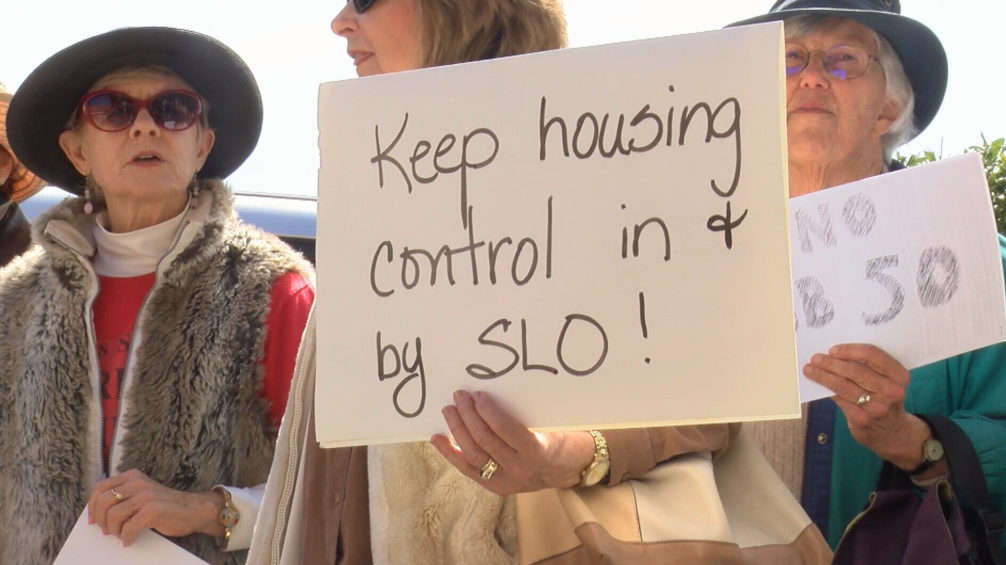 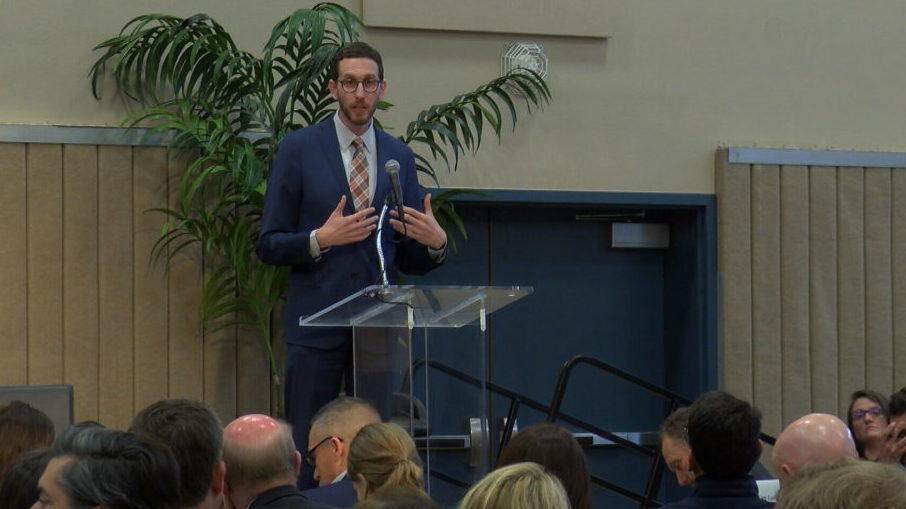 Data shared at the summit shows less than 25 percent of SLO County residents can afford to buy a home.

“There’s a mismatch between the types of salaries people earn and cost of housing and we’re trying to address that but it’s challenging,” said Pismo Beach Mayor Ed Waage.

Waage knows the housing problem is most notable in his city of Pismo Beach, where state data shows a median home costs $887,000 compared to the area’s median household income of under $60,000.

In the city of San Luis Obispo, homes cost slightly less, averaging $800,000. Grover Beach rings up at $542,000 and the most affordable place to buy a home, Paso Robles, still costs about half a million dollars.

“We as a society need to approach this issue from the standpoint that housing is a necessity and if we’re thinking we want to put a view, this idea of quality of life, ahead of actual life, that’s a problem,” Gomez said.

Panelists, including representatives of Urban Water Policy and transportation, said water usage and transportation infrastructure is also critical to ensuring the population can thrive once housing is made available.