Following a KSBY News investigation, signs have gone up outside all County buildings in downtown San Luis Obispo letting people know life-saving devices are located inside.

San Luis Obispo Fire Chief John Callahan had a heart attack on a softball field and died back in 2012. Since then, his wife, Lynne, has set out to save lives in an effort to get businesses and organizations equipped with automated external defibrillators (AEDs).

San Luis Obispo County Supervisor District 3 Supervisor Adam Hill has also gotten on board to get more of the devices installed in public places.

“These things happen suddenly. Someone has, you know, a sudden cardiac event and an AED is often the difference between life and death,” Hill said.

While many of the devices have been placed in San Luis Obispo, in December, KSBY discovered there were no signs on the outside of some County buildings letting people know AEDs were located inside.

That has now changed.

After he was contacted by KSBY News, Hill was instrumental in getting exterior signage posted outside the old courthouse, courthouse annex, the County Government Center, the Department of Recreation and the San Luis Obispo Library. 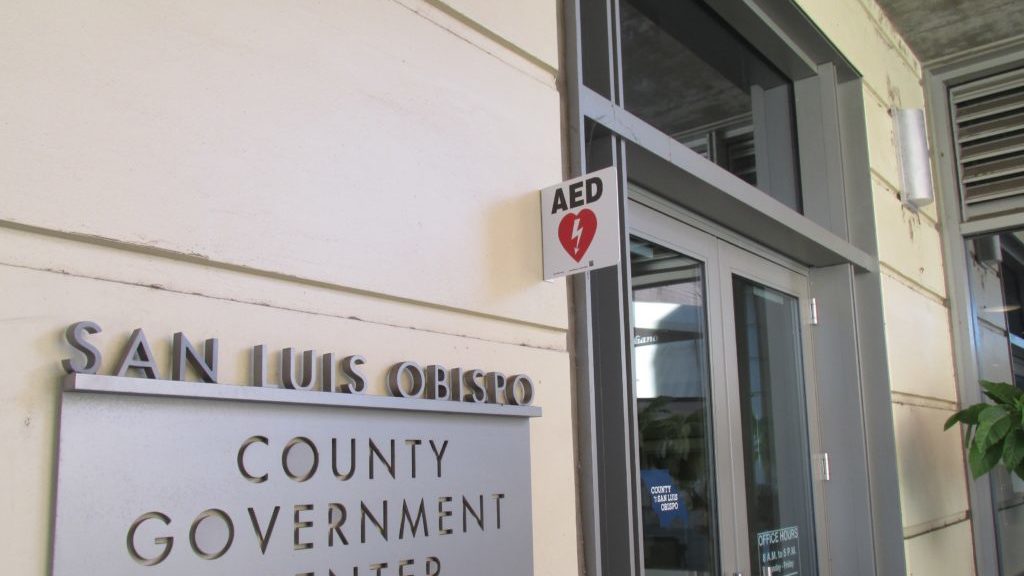 “We’re happy that more people are becoming aware of it and hopefully more people train to use it,” Hill said. “The fact that they’re more available is really important and certainly the fact that people know where they are because if something happens, somebody’s got to scramble to find it.”

SLO City Fire has created a map and app to help locate AEDs in case of an emergency.

AEDs were also recently installed in Lompoc at City Hall and the library.