San Luis Obispo’s historic Octagon Barn is surrounded by greenery, but many of these plants aren’t very pretty, they’re just a pain.

“It’s a former ag field, so we have all sorts of agricultural weeds that crop up,” explained SLO Community Stewardship Coordinator Scott Loosley.

The weeds are thriving more now than they have in several years, according to California Fish and Wildlife Senior Environmental Scientist Bob Stafford. 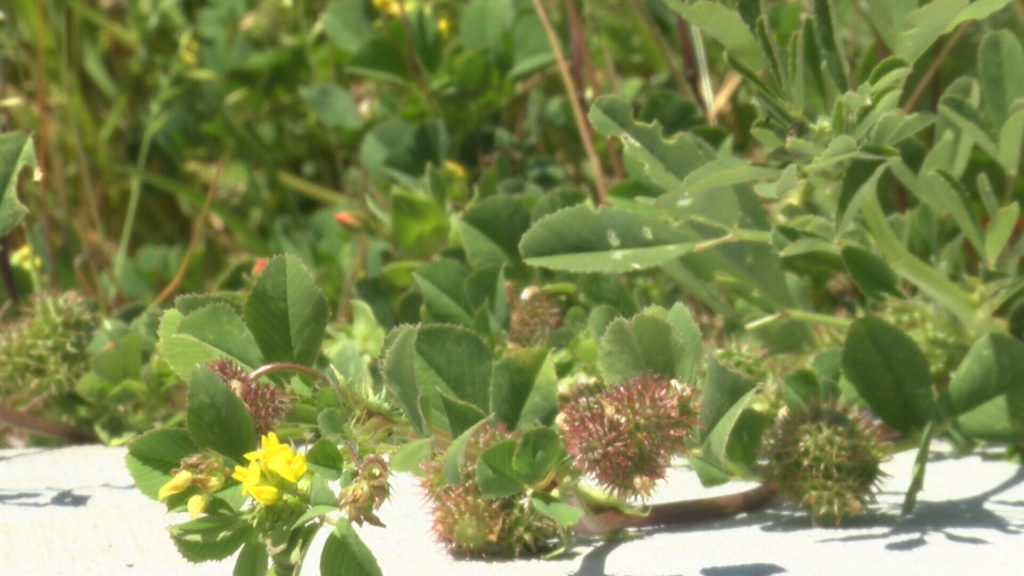 “The rainfall this year was higher and it was on top of all our dry years and drought, so that left all this open habitat available,” Stafford said. “This is the first really good year where it’s rained on top of that.”

These invasive weeds, like the Yellow Starthistle, are more than an eyesore; they disrupt the ecosystem.

“What happens is the field becomes a monoculture of those species, the Yellow Star, meaning the other flowers can’t come up, the other things wildlife eat aren’t going to be able to come in,” Stafford said.

At the Octagon Barn, the staff is trying to be proactive in its weed removal. A volunteer day of weed pulling is set for April 25 from 8-11 a.m.

“We’re trying to remove those invasives before they go to seed because the seed bank can rest in the soil profile for years,” Loosley said.

These uninvited guests are not just a nuisance but a wildfire hazard, as well.

Like any landlord with a problem tenant, you may be ready to evict this pesky plant, but it might be too late.

Stafford said once the weeds develop a spiny exterior, which is painful to touch, they are firmly rooted.

Before the weed overstays it welcome, Lossley suggests allowing a native plant to give weeds the boot.

“You can almost eradicate them, especially if you can plant some other plant material, a native plant say, for cover to shade out the seed,” Loosley said.

Other alternatives to chemical sprays include laying 2 to 4 inches of mulch over the weed or bringing in weed-eating goats.

Stafford warns against chopping the weeds with a lawnmower because the seedlings will stick to the mower and disperse in other parts of the yard.