Benny may only stand about three feet tall, but he’s nicknamed “Land Shark” for good reason.

His partner and handler, Deputy Justin Ughoc, yelled commands in a training exercise Wednesday to a “suspect,” Deputy Josh Peet, who waited in a bite sleeve between training trailers at the CAL FIRE Air Base in Paso Robles.

Benny, an 18-month-old Belgian Malinois, charged with incredible speed when Ughoc unleashed him, locking Peet’s arm, successfully taking him to the ground for deputies to apprehend. 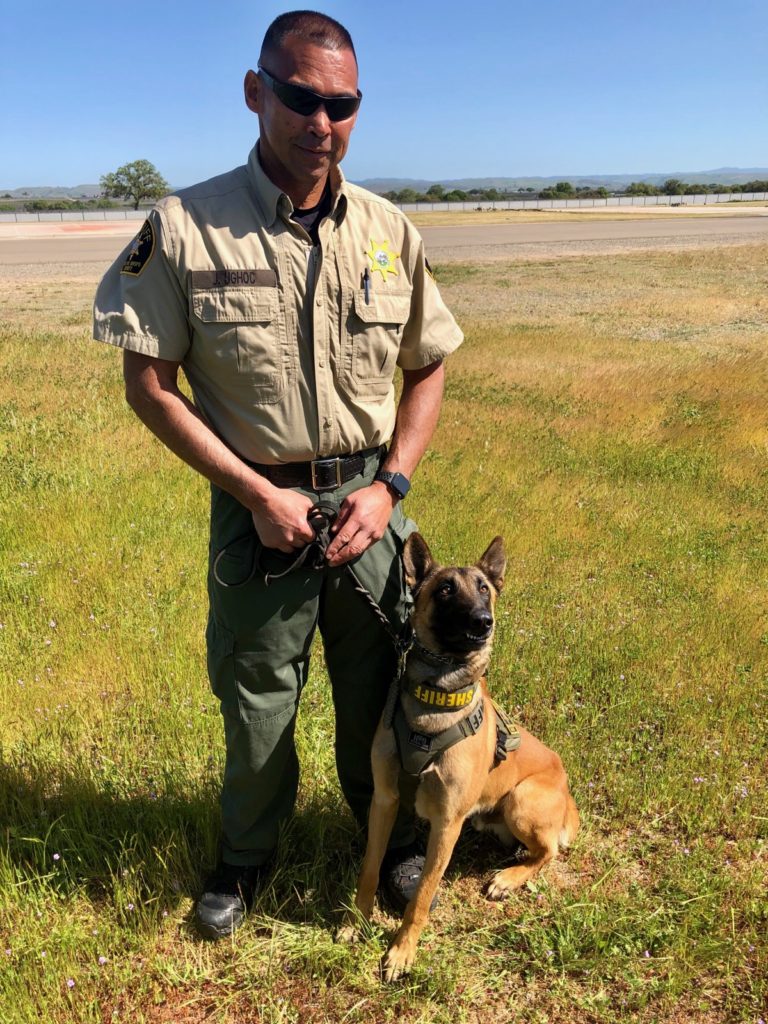 Benny is one of three newly graduated K9 deputies on the San Luis Obispo County Sheriff’s Office force, bringing the total number of K9s available for deployment to six, the most the office has had in the unit’s 10 years.

“It’s huge,” said Deputy Kelly Day, Pyro’s partner. “It’s an opportunity for us to increase officer safety, as well as numbers in our agency, responding to calls, ensuring that myself, my K9 partner and the other deputies that I’m working with are able to operate safely.”

Pyro and Corvin, both German Shepards, join Benny as dual purpose dogs. All three can perform apprehension of suspects. Pyro and Benny are trained in narcotic searches of methamphetamine, cocaine, and heroin. Corvin has been trained as a bomb-sniffing dog. 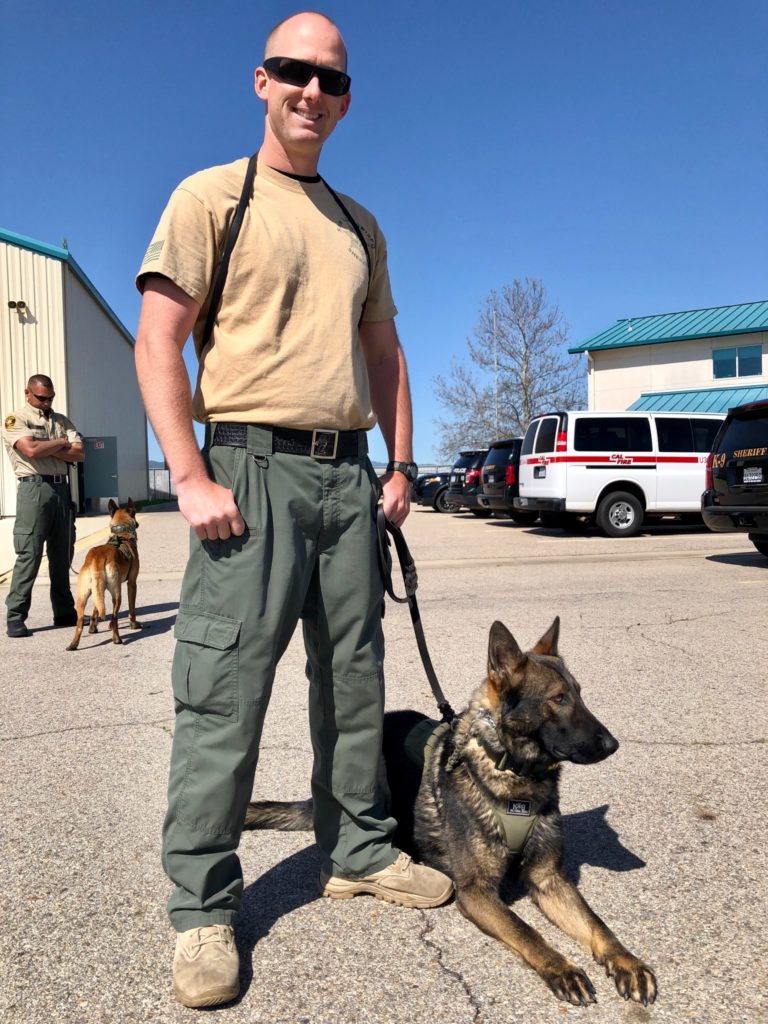 After graduating, Pyro wasted no time in using his snout. In a traffic stop last week, he located meth and heroin inside the vehicle, assisting in the arrest.

Benny, too, has already assisted in probation and parole searches, including one that led to an arrest for suspected narcotics for sale.

“It’s an important resource to have with searching for narcotics, searching for outstanding subjects, even missing people,” Ughoc said. “The fact that we’re in such a rural area and cover such a vast area, a lot of times, we’re so behind the curve on response times because of how big of area we cover. A suspect could have taken off on foot, so when you have a K9 partner that shows up on scene, the fact that their sense of smell is so great, they are able to track down a general direction and even locate.”

Both Pyro and Benny will be trained to deploy with SWAT within about a year.

All will be used in public outreach events to connect with the community as well.

The K9s will not be trained to detect marijuana until California law on marijuana possession is more clear, the sheriff’s office said.

Each K9 cost about $20,000 including training. Much of the funding comes from donations, which are tax-deductible. You can learn more about how to donate at The Sheriff’s Advisory Foundation.