Gov. Newsom calls out PG&E for its role in wildfires; utility takes safety to the sky

As the governor of California criticized one of the state’s largest power utilities Friday for its role in sparking several massive wildfires, Pacific Gas and Electric Company (PG&E) took measures to more closely inspect its equipment for malfunctions that pose wildfire risks.

“The state has suffered because of their neglect and misdirection,” said Gov. Gavin Newsom (D-CA) at a Friday press conference where he released his wildfire report.

The report is the compilation of findings made by a strike team Newsom announced in his February State of the State address.

Newsom said the recommendations outlined in the 59-page report examine how California can maintain its investor-owned utilities financially while ensuring customers receive safe and affordable power.

The issue has been controversial lately following the recent condemnation of PG&E for reportedly sparking the Camp Fire in Northern California and the resulting bankruptcy filings that followed.

“I expect PG&E will get serious, no longer misdirect, manipulate, mislead the people of this state about their resolve and commitment to address reliability and safety,” Newsom said. “To get serious about grid enhancements, hardening their infrastructure, and modernizing their strategies.”

“We share the concerns of Governor Newsom and lawmakers as to the impacts to those affected by the 2017 and 2018 wildfires,” said PG&E Communications Rep. Mark Mesesan.

Part of the PG&E safety strategy takes place from above.

“Utilizing helicopters, putting them in the air with our safety and operations experts on board,” Mesesan said.

Using lidar, a remote sensing method that employs laser light, crews can hone in on equipment problems from the sky. 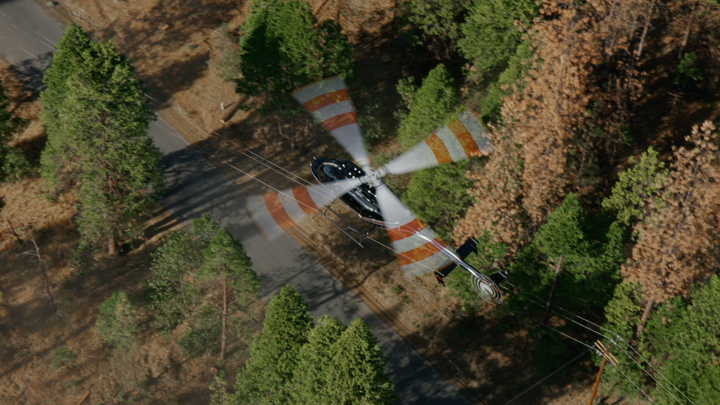 “They get a bird’s eye view of the tops of the towers, the cross arms, the wires, other components you can’t see from a ground inspection,” Mesesan said.

But utility improvements were just one of the five focuses of Newsom’s plan.

He also pushed for an extension of current funding that expires in 2020, the creation of a catastrophic wildfire fund and reforming the California Public Utilities Commission. Newsom also posed the option of reforming the state’s inverse condemnation law, which assigns blame to a utility regardless of negligence if its equipment caused the fire.

Newsom gave state lawmakers 90 days to address laws that hinder funding and fire prevention, saying it’s critical to keeping the state and its economy from burning up.