An all-way stop that includes two new stop signs will be going in at the Halcyon Road/The Pike intersection in Arroyo Grande.

The City says the changes will make the area safer while also helping with traffic.

“Traffic volumes and collision patterns experienced at this intersection warrant the placement of an all-way stop,” the City said in a press release.

The City and County both approved the changes since part of the intersection is in county jurisdiction.

The City says signs will go at the site letting drivers know about the upcoming changes and the changes will be put into place about a week later. 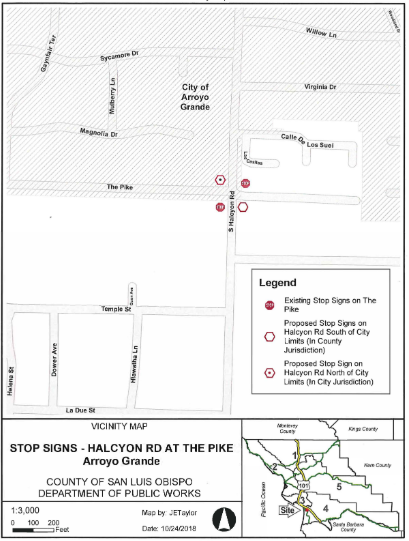