Atascadero woman was almost third fatality at Oceano Dunes this week, she says

A fatal crash Friday marked the second driving death at the Oceano Dunes in one week and an Atascadero woman says she could easily have been the third.

“You felt safe because it has four wheels, not like a motorcycle,” Angela Rayher said. “But about 30 seconds into my ride, I hit a steep cliff and went over.”

Rayher’s Easter weekend trip to the Oceano Dunes was cut short after her ATV leapt off a tall dune, rolled and threw her off.

Though her goggles and helmet were smashed, Rayher walked away from the Monday incident bruised and sore, but alive. 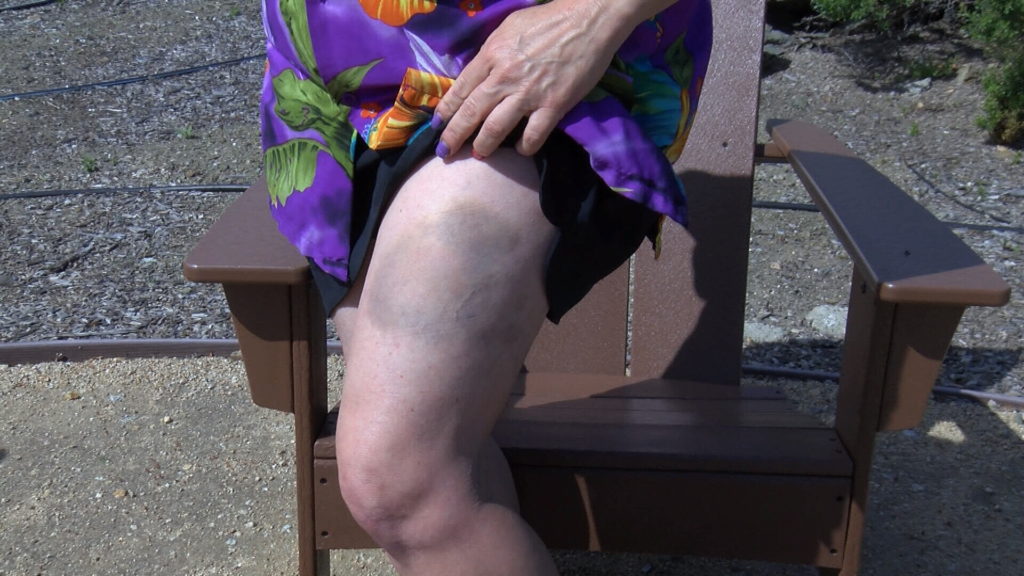 Her outcome was much different than a pair of deadly crashes that occurred, one of them three day earlier and the other four days later.

“It is a dangerous environment out there,” California State Parks Sgt. Darren Parker said. “It’s a lot of fun, but there are some things to consider.”

Parker, who responds to crashes and other emergencies at the Dunes, said the warmer months means an uptick in accidents.

“Pretty frequently, especially during the busy season, it’s common to see accidents out there,” Parker said.

Most of the injuries aren’t life threatening, according to Parker, but Rayher knows her story is darker than her bruises let on.

“I feel very blessed to be alive because I later that night found out about the lady that had an accident the night before me and didn’t make it,” Rayher said.

Narcissa Lichtman, 44, of San Jose died in that crash after the off-road vehicle she was driving launched off a 25-foot-tall dune at 60 mph. One week later, an approximately 35-year-old Sacramento man died when he was thrown off his vehicle and crushed by it as the ORV rolled down the dune.

Park officials say rider inexperience and speed are two of the biggest factors in crashes at the dunes.

Rental businesses along Pier Avenue do provide riders a short safety video and a 5-minute lesson on-site before sending them off, but Rayher said more warning is needed.

“I was just 30 seconds into my ride and had no idea that cliff was coming,” Rayher said. “The safety lessons have to be really strong about these steep cliffs and just plenty of warning.”

ASI lessons are offered through the CA State Parks Department for $150.