May 24 will mark 10 years since Christopher Meadows, an EMT, was killed in the line of duty while responding to a call at the Oceano Dunes.

It’s a call no parent ever wants to get.

“A parent’s worst nightmare is losing a child and there’s so much negative energy that comes out of that. I needed to channel my energy into something positive,” Tim Meadows, Chris’s dad, said.

Chris was a Cal Poly graduate who was planning to attend paramedic school. His life was cut short, but his family and friends wanted to leave a legacy that honored Chris and his dedication to his work. 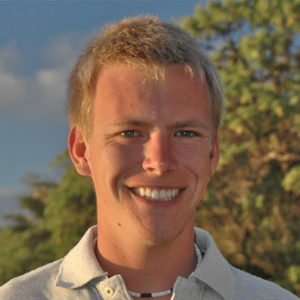 “We were literally in the fog of writing an obituary and we go to that line that says, “in lieu of flowers donate,” and a couple of Chris’s co-workers decided a scholarship fund would be the greatest way to remember him,” said Meadows.

That’s how the Christopher Meadows Memorial EMS Education Fund was started. Since it began, the organization has raised and given out $100,000 in scholarships to those in pursuit of attending paramedic and EMT school for EMS workers in the Central California area.

“We’ve been able to give out 51 scholarships in Chris’s honor since that first day,” Meadows said.

On May 11, the organization will hold the 10th Anniversary Christopher Meadows Memorial Gala in honor of Chris, and as a way for donors and community members to meet scholarship recipients. Meadows says it’s also a way to say thank you to the community.

“This year we’re going to have wine, cocktails and a jazz musician from Cal Poly performing, so it’s going to be much more of a cocktail party in the afternoon kind of theme,” Meadows said. “It’s been very therapeutic to go talk to people about our fundraising activities and tell Chris’s story and how he gave to the community and it’s been equally as humbling to get donations from people.”

The gala will be held at Pavilion on the Lake in Atascadero. For more information on how to register and to donate to the scholarship fund, click here.