The U.S. trade war with China could cause the cost of bikes sold on the Central Coast and across the country to skyrocket.

“Everyone is kind of standing and waiting for a second to see what actually plays out and how hard it’s going to hit,” said Foothill Cyclery Owner Josh Cohen.

From his cycling shop on Foothill Boulevard in San Luis Obispo, Cohen waits for the gears to grind as the trade war heats up. 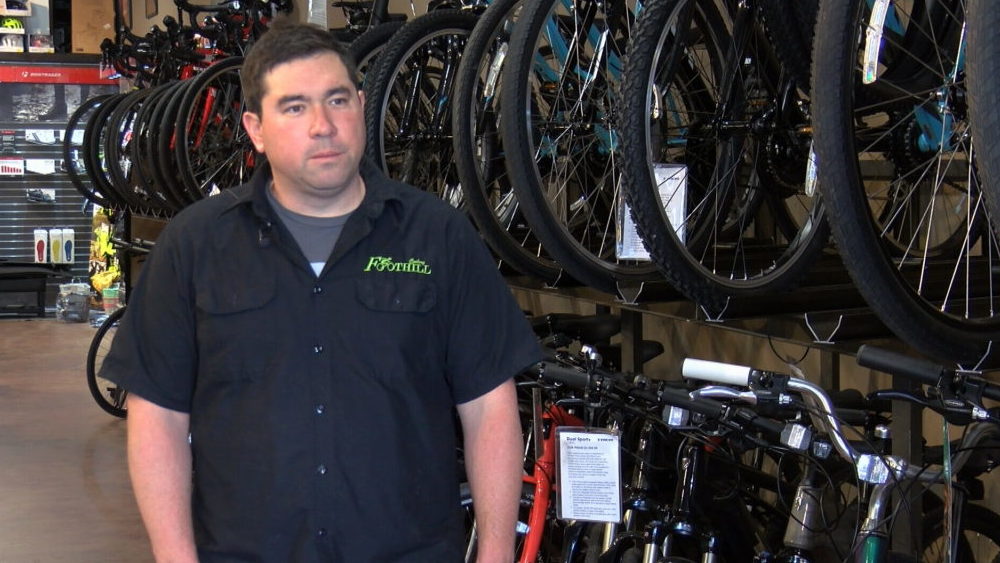 “If we really follow through with this, there will be stuff that gets more expensive and there’s not a lot I can do about it,” Cohen said.

“If our cost goes up, the price we charge has to go up as well. There’s no other way around it or you’re not in business anymore,” Cohen said.

Cohen said he makes about a $100 profit on a $700 bike and to keep the wheels turning on his business, he may need hike the price.

“I spend about $3-$4,000 on a mountain bike but I don’t buy them often,” said Ernie Billing, a long-time cyclist and San Luis Obispo resident.

Billings has about 25 years of experience and though he now buys high-dollar American-made bikes, he does purchase Chinese parts for repairs.

“If the prices go up, it’s gonna be a bit of sticker shock,” Billing said.

Economists predict sticker shock will take full effect starting with imports received after June 1, when the new tariff kicks in.

“A 25 to 50 percent increase in price would be heavily destructive to the market in general,” Cohen said. “We couldn’t absorb that kind of price increase. Three-quarters of the bikes here would disappear.”

Those bikes are likely the lower end of the price scale, used by students, commuters and newcomers.

“People who are thinking about getting into cycling and not looking to spend a lot of money, it’s gonna be a bit of a shock,” Billing said.

The tariff would not impact the price of helmets or bike lights.