May is Mental Health Awareness Month but at Atascadero High School, recognizing mental health and how it impacts students on campus is the norm.

According to Mental Health America, 3.1 million kids between 12 and 17 years of age deal with periods of major depression. For the last three years, the Wellness Center on campus has created an environment that destigmatizes mental health.

It’s a space on campus that Ammon Meredith frequents.

“I come by once a day, at least,” Meredith said.

He’s a senior now, but it’s become a regular stop for him during his school day since last year. 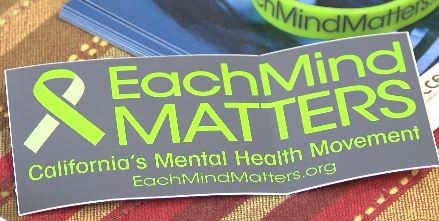 Having a wellness center on a high school campus is not commonplace, but it’s working in ways that break down barriers and allow students to be expressive.

“This is a place where there’s no judgment,” said Kamela Proulx, the center’s coordinator and a licensed marriage and family therapist. “Kids can walk in the door and just want to share something wonderful that happened to them that day. Sometimes they come in over something devastating that happened in their family.”

It’s creating a safe space for students. The help available often goes beyond the school day. Individual, family and couples counseling are just some of the services that are offered.

“Here they can get help immediately or almost immediately, and they feel that relief, they feel heard, they feel supported and it’s just right here,” Proulx said.

Libby Madding is the assistant principal of curriculum at the high school. She says the wellness center has formed partnerships with Cal Poly, Cuesta College and Brandman University, which has resulted in an internship program. Students at those universities intern at the wellness center to counsel students through issues they’re dealing with.

“They get to have access and practice their craft working with a population that’s difficult to access and we get services provided to our students,” Madding said.

Madding says the program itself is funded through the school’s general fund as well as the Greyhound Foundation. She says the goal of the center is to continue to work towards destigmatizing mental health issues.

Many students come through the doors of the wellness center, some to spend time with friends, others to make an appointment with a counselor, but one thing Proulx says she’s noticed in her years of practice is the levels of depression and anxiety in high schoolers.

“I’m seeing more of a lot of depression and anxiety that parallel things that are going on in our society at large,” Proulx said.

Having a designated space on campus for students to work through those emotions and pressure has brought forward a sense of community.

“It’s really comforting that even if I do have something going on, whatever it may be, I come down here and talk with someone and be able to vent out and help with what’s going on,” Meredith said.

With the end of the school year just days away, the program will continue through the summer, according to Proulx.