Orcutt native Pryor Baird is returning to the Central Coast once again where he will be honored by Santa Maria’s mayor.

Santa Maria Mayor Alice Patino will reportedly be honoring Baird during his performance.

Baird has returned to the Central Coast a handful of times since appearing on “The Voice,” where he was a member of Blake Shelton’s team.

In July, he will open for Shelton at the California Mid-State Fair. 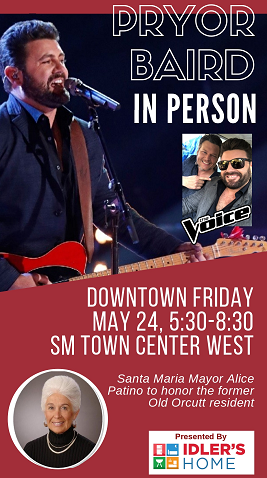