SLO County detective lives in the past investigating cold cases

Just up the road from the San Luis Obispo County Sheriff’s Office, a single detective looks through artifacts of the community’s bloody history in an effort to crack cold cases.

“You always hope you’re going to solve one and you spend a lot of hours so when you realize that you finally got a match, it’s an amazing feeling,” said Clint Cole, the San Luis Obispo County cold case detective.

Cole felt that rush in April when he used DNA to identify a suspect in the rape and murders of Jane Autunez and Patricia Dwyer, who died over 40 years ago. The sheriff made a public announcement about the cases being solved.

“It sent ripples through our family for decades now,” Valerie Foster, Dwyer’s great-niece, said of the closed case.

Unlike Dwyer’s remaining relatives, many victims’ families never get answers once the case goes cold.

“They become cold when there’s not any active suspect leads,” Cole said. “New cases come along and the cases stop getting worked on.”

As the department’s only cold case detective, Cole spends many hours in solitude, kept company by binders and boxes of evidence that tell unfinished stories of victims all but forgotten. 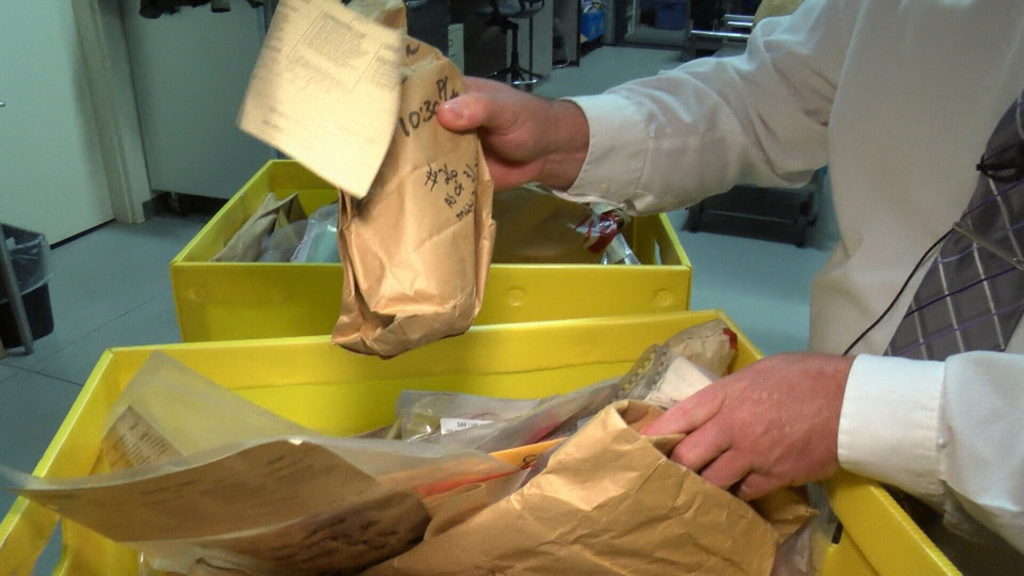 “Losing sleep, thinking about them all the time,” Cole said. “They definitely follow you home. You take a lot of pride and passion in trying to figure these cases out so they stay with you often.”

Once this position was created at the sheriff’s request in 2016, Cole assumed responsibility for the cases of 43 victims who never got justice. He said he has fresh new leads on four cases that he hopes to follow through on soon.

The road to solving a cold case

When an investigation goes cold, the investigator often goes back to the beginning. When Cole begins his work, he will first assign the case a rating using an indexing system that ranks cases 1 through 5.

Then Cole would track down all living witnesses.

“The suspect may have passed away, people are reluctant to talk to you, sometimes it’s cold unsolved for a reason because there’s not a lot of evidence,” Cole said.

Evidence that does exist is stored in towers of bins that contain everything from bottles to clothing to a helium tank at a warehouse near the sheriff’s office off Kansas Avenue.

“On TV, things are solved something quickly. These cases take a lot of time, a lot of hours,” Cole said.

Hours turn to days, days to weeks, weeks to years. Time can make these cases more difficult to solve but Cole hopes time can also bring advances in technology and DNA testing that may shine the warm light of justice on these cold cases.

What about Kristen Smart?

The 23-year-old unsolved murder of Kristen Smart is often referred to by the public as a “cold case.” But the Smart case is not on Detective Cole’s list.