(10:59 a.m.) – Lompoc police are asking for the public to be on the lookout for a missing man with dementia.

Jose Del Refugio Martinez was last seen on Wednesday, May 29.

Police say he is considered at-risk because of his dementia and other health problems.

He reportedly left his home in a black 2007 Ford Fusion with a California license plate of 6BHM685, similar to the vehicle pictured below. 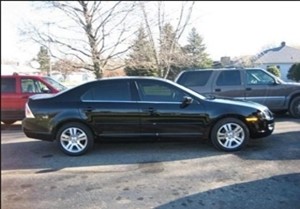 Anyone with information about Martinez’s whereabouts is urged to call the Lompoc Police Department at (805) 736-2341.