After the most destructive fire season in California history last year, firefighters in Paso Robles are undergoing additional training to make sure they’re ready this season.

Because some of the most fire-prone areas of the Central Coast region are hillsides packed with vegetation and homes, fire crews trained Thursday in a residential neighborhood.

“We never know where the emergency will be but we always plan for the worst and hope for the best,” said Paso Robles Fire Battalion Chief Brian Lewis.

Hundreds of homes burned in a rash of fires throughout California in 2018 and firefighters are learning the challenges of responding to residential areas, just days away from the hottest months of the year.

“We all know what last fire season was like so any small fire in the right conditions can spread fast and rapidly. These homes have a significant threat here,” Lewis said. 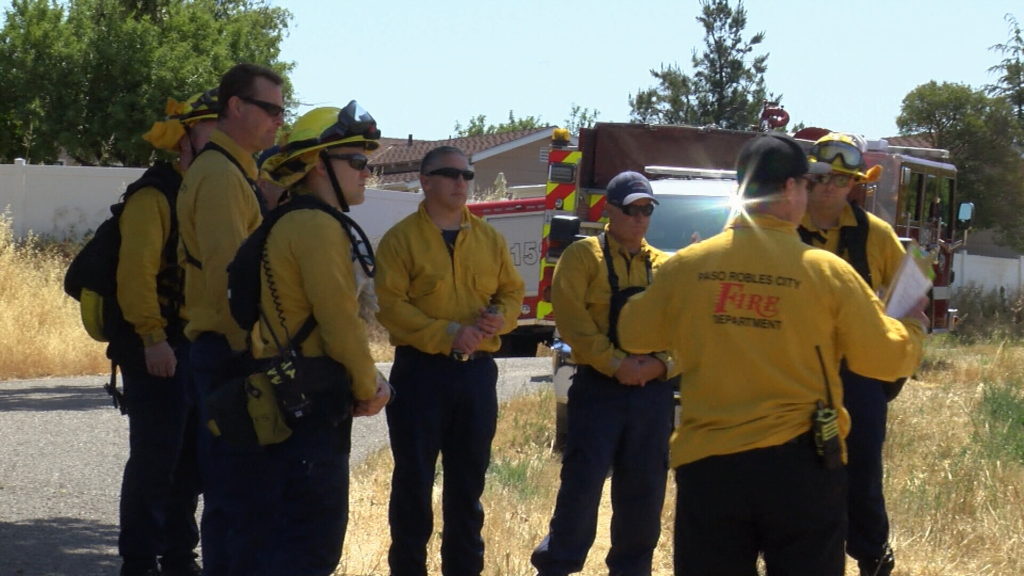 “We call this a chimney because if a fire got in there and spread, fire would affect all those homes quickly and it would be difficult to access for all our equipment,” Lewis said.

“We chose this because it just kind of is a mix of all the bad things that can happen – one way in one way out, light flashy fuels that run right up to a house, on top of that it’s a narrow road so people are trying to get out while we’re trying to get in,” Conner said.

Add to that the new faces, like Conner, and not only must this department find a groove with the community but its own team.