Firefighters were working to rescue a woman who fell from Bishop Peak in San Luis Obispo Tuesday morning.

San Luis Obispo City Fire officials say the 19-year-old was with a group of people rappelling down the mountain when she fell approximately 50 feet and was knocked unconscious.

Fire crews responded at around 8 a.m. but were having a difficult time accessing the area.

“The most difficult problem here was accessing the patient because they were not on the trail system, they had through either climbing or repelling and falling had gotten themselves to a place that was quite distant,” San Luis Obispo City Fire Batallion Chief Bob Bisson said.

SLO City Fire Capt. Morgan Rutledge described the scene where the woman was rescued from as “remote” and said his team had to “scale some rocks, cut through some brush” to get to the victim. 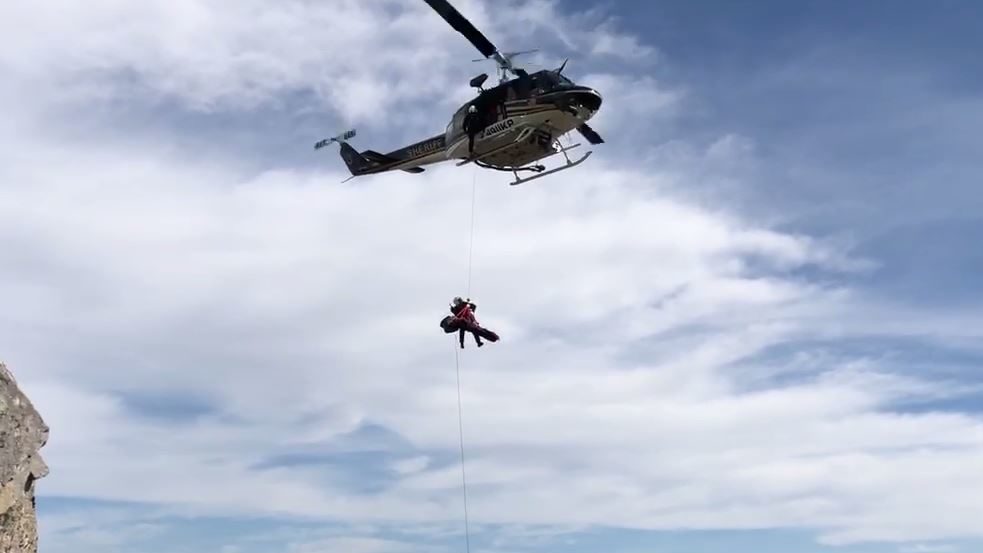 SLO City Fire Capt. Armando Gutierez, who is also a member of the USAR, was the first to reach the victim.

“She had major facial trauma, head trauma, some other trauma to the lower extremities,” Gutierez said.

A Santa Barbara County Fire Department helicopter was being brought in to aid in the rescue. CAL FIRE SLO, a SLO Co. USAR team and San Luis Ambulance were also on scene assisting.

The woman was ultimately transported off the mountain by helicopter to Sierra Vista Hospital, where Gutierez said she would need emergency surgery for her head trauma.

All told, about 30 personnel worked to rescue the woman.

“Our agency would like to remind folks who use our open space areas, we highly recommend you remain on the designated trails,” Bisson said.

The woman’s condition is unknown and her name has not been released.