A fundraising campaign has already raised thousands of dollars for a Heritage Ranch family whose home was reportedly destroyed by fire.

The GoFundMe account created Tuesday afternoon for Travis and Amanda Hutchinson had raised nearly $7,000 of its $10,000 goal less than eight hours later.

CAL FIRE responded to reports of the fire at 2760 Saddleback Lane at around 3:30 p.m. Monday. Fire officials say the fire began in the house before spreading to nearby vegetation and burning approximately 4.3 acres.

According to the GoFundMe, Travis Hutchinson and his children were home when the fire broke out and were able to make it out safely but their home is considered a total loss.

“Amanda and Travis have a way of always reaching out in the midst of other’s difficulties and trying to lift them up and right now they need that support in return,” the GoFundMe states. “They are so grateful for the safety of their family and would never ask for help themselves. They have a place to stay and are grateful for all the outpouring of love and support.” 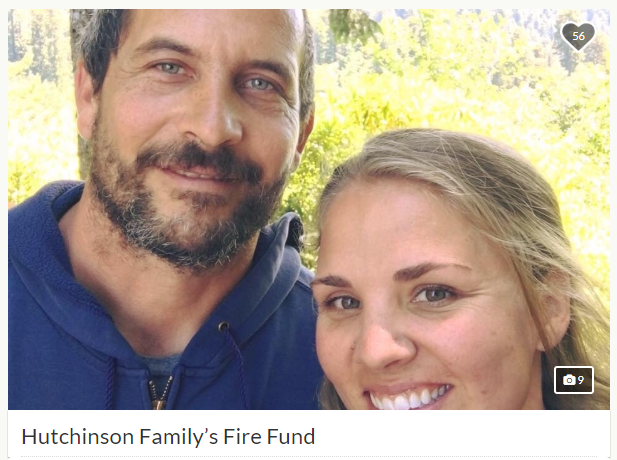 People are showing their love and support to the family through the more than 50 donations and comments on the page.