A vase of flowers with a tag reading “report, report, report domestic violence” stood Sunday in front of the Santa Maria home where three bodies were recovered after an explosion and fire that proceeded a shooting Friday.

Residents are trying to make sense of what happened Friday afternoon, when a shooter killed two people at the Casa Grande Senior Mobile Estates before setting fire to a home at 407 Taylor. 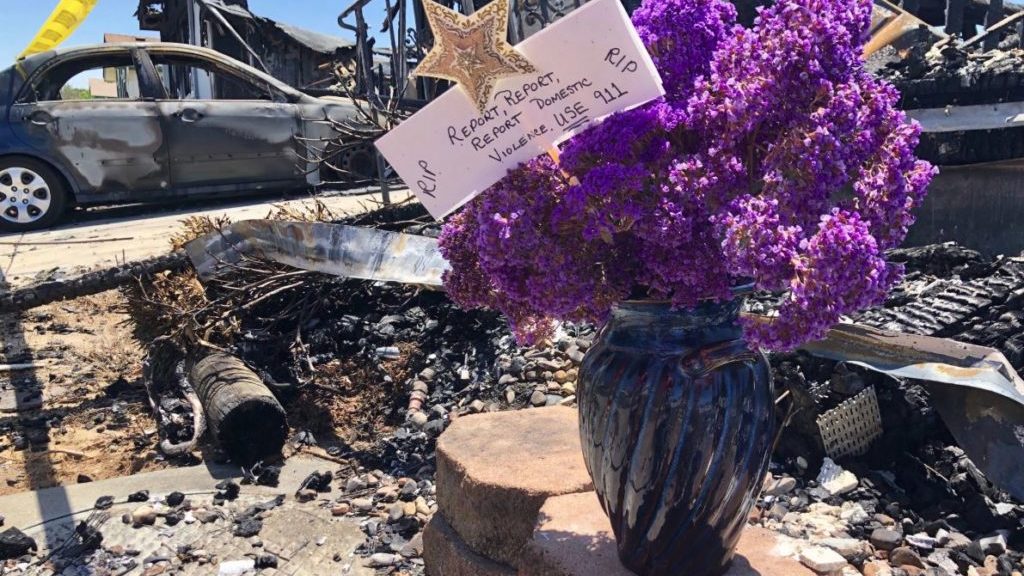 Santa Maria Police believe the shooter died in the fire.

Neighbors and witnesses believe Adams is the man who shot and killed 70-year-old Kurt Bracke and 78-year-old Richard Hanen before setting fire to his own home while inside.

It will take time to positively identify the three bodies found in the home, police said, because all three were badly burned in the explosive fire.

Utilities in the surrounding area had been shut off Friday as firefighters worked to extinguish the blaze.

Paterson said Sunday that 43 residents are still without gas. SoCalGas said it assisted the park with shutting off the main gas meter valve, but said the park is responsible for restoring gas service to impacted residents.

The Clubhouse, where Bracke and Hanen were killed, has been sanitized and reopened but few people dared to enter the area.

“It may look normal to most people,” George Barnes, the former president of Casa Grande Senior Mobile Estates, said. “But not to me.”

Barnes, who also leads a Sunday church service at the Clubhouse, said he knew the victims.

“They were very nice gentlemen and I consider them friends,” Barnes said. “I saw them more often than not in the park here and we always had nice words to say to each other. Very nice, outstanding people.”

Bracke and Hanen were avid golfers and played poker together in the clubhouse, Barnes said.

A makeshift memorial sits outside the Clubhouse around a flagpole with a flag at half staff.

Residents in the park are working to put together a memorial for the people killed.

Police have yet to determine a motive.