Central Coast group of student-athletes took home the silver medal at the National SkillsUSA competition in Kentucky for their “Brains Before Gains” idea.

The program aims to educate their peers to know the signs and symptoms of concussions to help protect themselves. 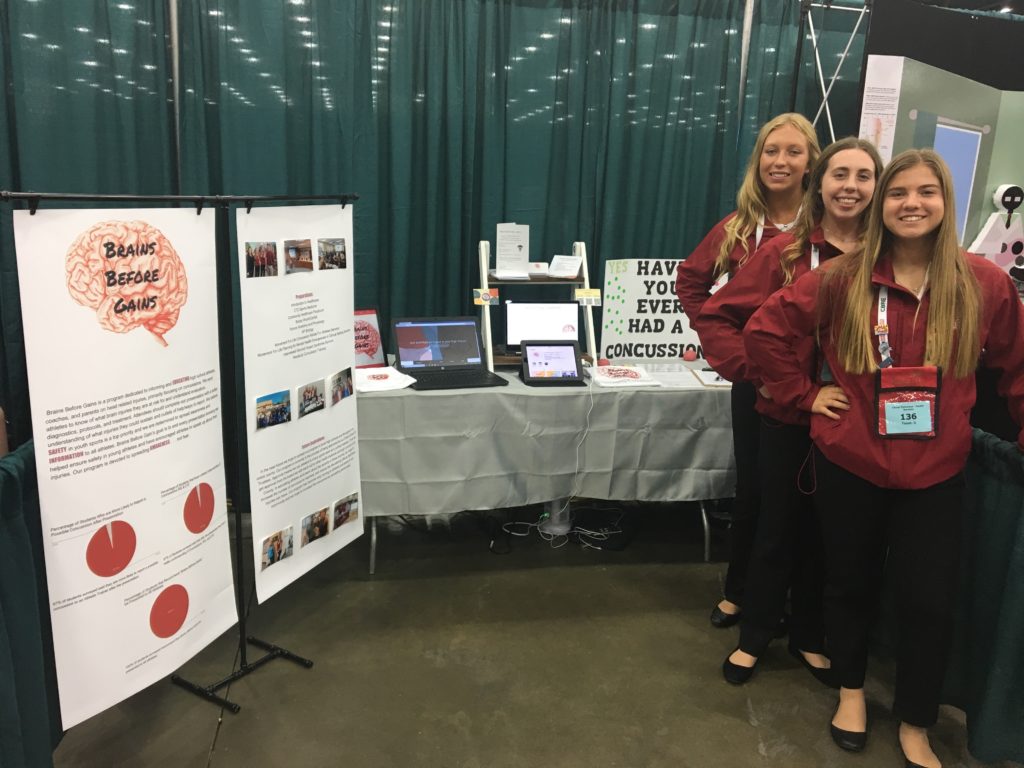 Maizie Ross, Hannah Lowry, and Zoe Murphy are students at Paso Robles High School. Lowry and Ross came up with the idea while enrolled in a sports medicine class at school. The two, who are both athletes, were learning about concussions and decided to pass their knowledge along to those who they feel could benefit from it most.

“We thought it’d be cool to start a program to tell them what they’re at risk for and teach them prevention,” Ross said. 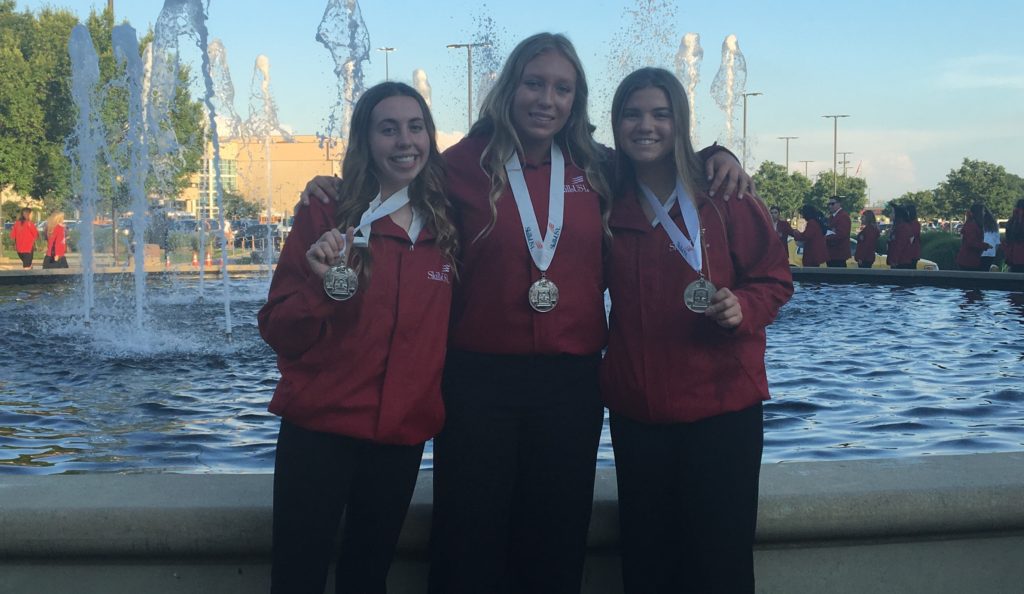 Ross says, “it’s not something to be afraid of, it’s something to be aware of.” According to the University of Pittsburgh Medical Center, five out of ten concussions actually go undetected. That’s where Brains Before Gains comes in; by informing sports teams at their school about the signs and symptoms of a concussion and what to do if you get one.

“We have a slideshow that has information on concussions, second impact syndrome, and chronic traumatic encephalopathy,” Lowry said.

Lowry says the common symptoms concussed athletes could experience include a headache, nausea, dizziness, but it can vary and be more severe, such as with second impact syndrome.

“Second impact syndrome, it’s super immediate so it’s when you had a concussion or something like that and you get another sub-concussive blow to the head and then it causes swelling, bleeding, vomiting, seizures,” Lowry said.

A common misconception might be that these injuries happen only in contact sports, but Brains Before Gains sets that straight.

“It’s not about if they’re contact or no contact (sports), we just bring them in regardless of what CIF says because we know that concussion is widespread,” Ross said.

The presentation the group shares with athletes took them to regional and state competitions for SkillsUSA where they placed gold both times.

So far the group has presented to the men’s volleyball teams, women’s softball teams, their sports medicine class, and other clubs on campus, but the trio wants to see this program go beyond their campus.

“We’re currently in the process of being approved by the Paso (Robles) School District to make it a mandatory presentation at our high school,” Murphy said.

Lowry says the team is also in talks with Morro Bay High School to implement their program into their athletics department.

“If we were able to bring everyone in, and kind of force them to sit down and listen to it then we’ll make sure that every athlete gets all the information which is our main goal,” Lowry said.

Brooke Milder, a former softball player for Paso Robles High School is one of those athletes. She got a concussion in middle school but says Brains Before Gains provides a good reminder on the long term effects of a concussion if not treated.

Now she’s on her way to Seattle University on an athletic scholarship for softball, taking this information with her to the diamond.

Lowry says the education Brains Before Gains provides is producing results among the student-athlete population.

“We found that 97% leave with a better understanding of the topics we touch on and 97% are more likely to report a concussion,” Lowry said.

To learn more about Brains Before Gains and how to implement at your school, click here.