The City of Paso Robles will soon be charging for parking downtown.

The city will start installing pay stations and signage this week, but parking will remain free until August 14. 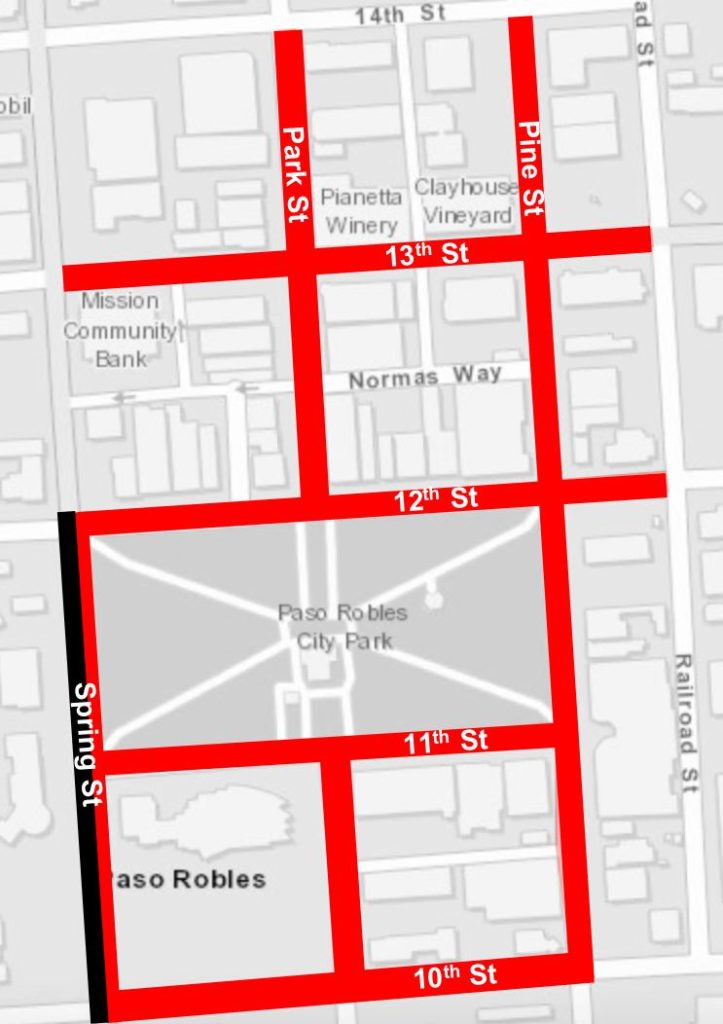 Parking will be free for the first two hours, then $1 each additional hour, Mondays through Fridays, 9 a.m.-6 p.m.

The city says people shopping or doing other business downtown will be able to get their parking validated, and people attending a movie at Park Cinemas will be able to park for free.

Before paid parking goes into effect, the city says there will be a “practice period.” Parking will still be free during this time, but the city is encouraging people who park downtown to practice entering their license plate numbers into the pay stations. Merchants will also be trained on the validation program.

The city says the goal of the paid parking program is to make more downtown parking available for customers and discourage employees from parking in front of businesses.

In December, the city launched a downtown business parking permit program that reserves parking spaces for permit holders in five public parking lots downtown. But after six months, the city says a large number of employees are still parking on the streets in front of downtown businesses.

The downtown employee parking permit program will continue. Permits are $5.