A San Luis Obispo man was convicted Friday of charges related to a child molestation case.

Matthew Roland Betts was arrested in 2016 after two girls accused him of molesting them.

Police said both girls were the children of Betts’ friends. One girl was eight-years-old and the other was 13, but said she was 10-years-old when the crime occurred.

A jury found Betts guilty of multiple counts each of lewd acts on a child and sexual penetration of a child. 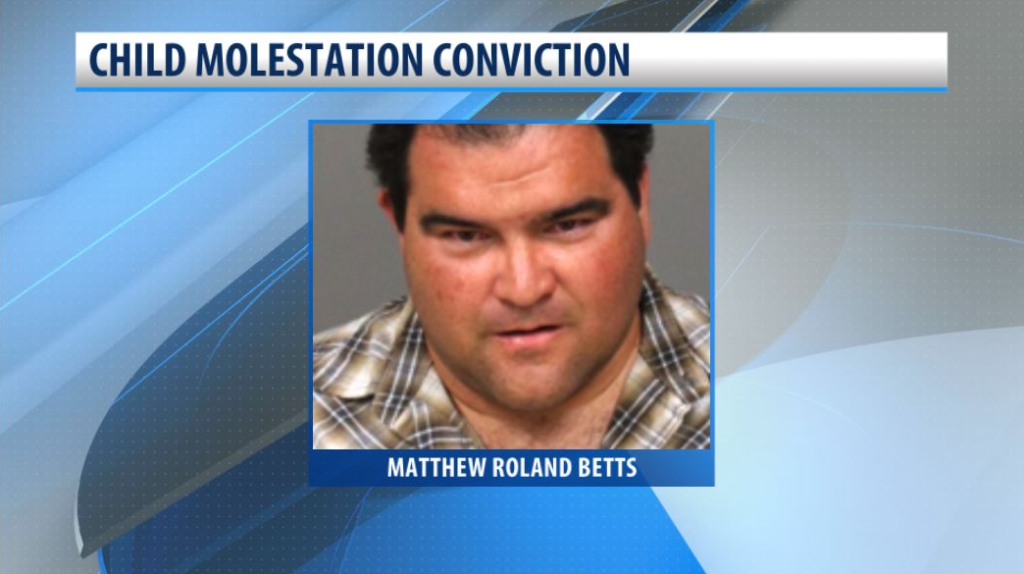