Atascadero city leaders could soon ban the use of vapes in nearly all public places as part of an expanded prohibition on smoking.

If City Council adopts the ordinance in its latest form, Atascadero would have one of the most strict bans on tobacco use and vaping in San Luis Obispo County.

The Club Smoke Shop is one of about four retail shops in Atascadero that still specializes in vape sales.

Jennifer Woloch, an employee there, said adding vapes to the smoking ban could be a devastating blow to her employment. 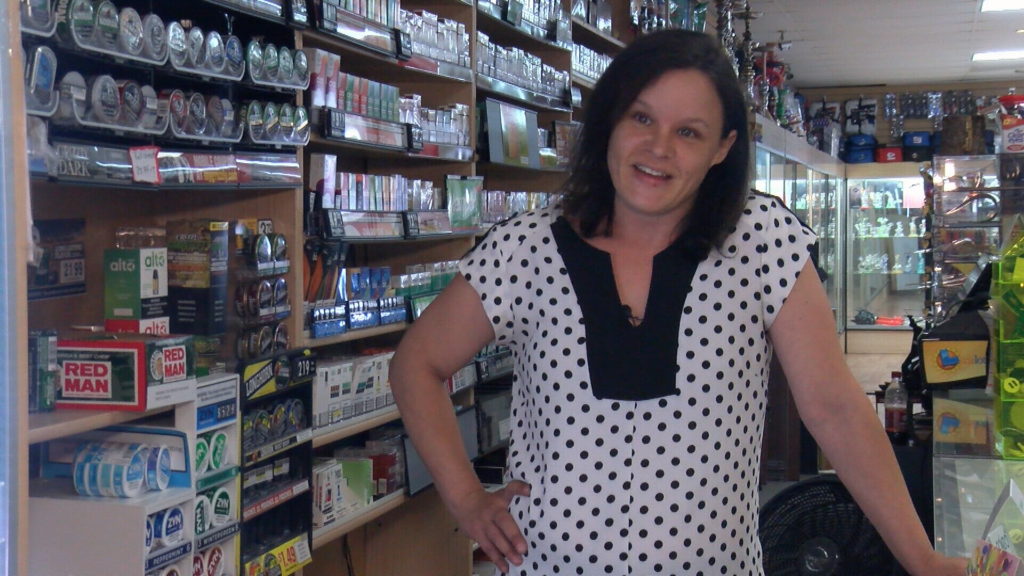 The owner of M&M Smoke Shop on El Camino Real also said the ban would harm his business.

The latest version of the ordinance cites an increase in e-cigarette use among teens as one reason for the ban.

A report from the San Luis Obispo County Health Department shows 26 percent of 11th grade students in Atascadero reported using vapes in 2017 to 2018. Those statistics depict an increase from 2015 to 2016, when 10 percent of students said they used vapes.

The report also shows 49 percent of Atascadero students believe it would be “very easy” to obtain an e-cig.

Woloch said her shop recently earned an award of excellence for not selling smoking products to underage customers.

“Kids here were trying to buy cigarettes but couldn’t because we wouldn’t sell it to them,” Woloch said.

But if the ban passes, Woloch fears she may lose out on legal sales.

She hopes the City Council will reconsider adding vaping to the smoking ban.

“At least you’re not putting cigarette butts on the ground,” Woloch said. “It’s a lot cleaner than traditional smoking. You shouldn’t be able to tell someone what they can and can’t do on the outside.”

The City says the proposed vaping ordinance will go back before the City Council for a second reading on Aug 13. If adopted, it would go into effect 30 days later.