A Los Osos girl is recovering at home after being released from a burn center in Bakersfield, where she was treated for third degree burns to her feet caused by an illegal fire pit on the beach at Montana de Oro.

Alivia Gonzalez, 3, now must have her feet washed and wrapped daily so her wounds don’t become infected.

Even though she likely won’t be able to walk for a month, Alivia is finding new ways to continue her love of dancing. 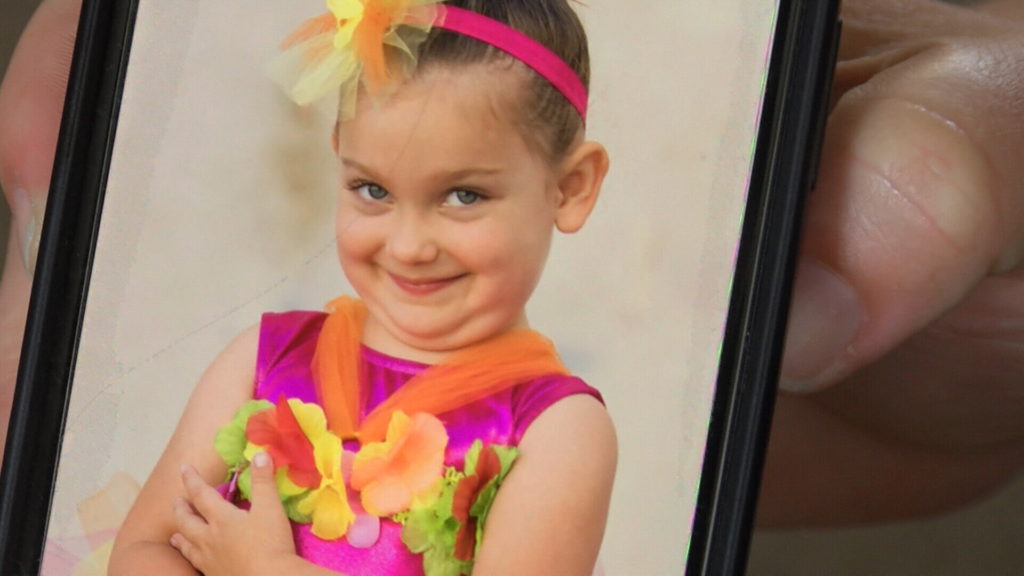 “She loves dancing, I mean just seeing that smile on her face, her personality comes out when she dances,” David Gonzalez, the girl’s father, said.

Alivia rolled around on the living room floor Tuesday, unable to stand up after burning the bottom of her feet.

“I go to the beach, but I stepped in fire that was covered in sand,” Alivia said. “Why the frick did someone put that there?” 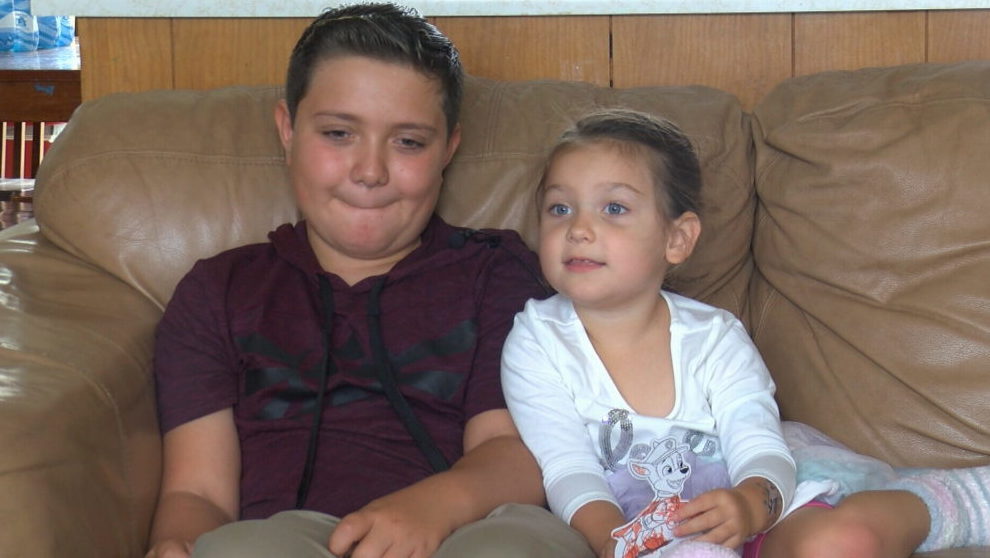 According to Alivia’s mother, Kaycee Gonzalez, an illegal fire pit hidden under sand was still smoldering when Alivia walked through it on the way to the bathroom.

“I finally got a hold of 911 but the phone kept turning off because there was no service,” Kaycee Gonzalez said.

Once they got through the park, an ambulance met them at a nearby gas station.

That’s when David Gonzalez received a call at work telling him the unthinkable.

Alivia was transported to Bakersfield, where her third degree burns were treated with a xenograft, a pig skin graft commonly used on burn victims.

“She had the worst experience there,” the girl’s mother said.

The experience was extremely painful, Kaycee Gonzalez said, because Alivia couldn’t be heavily medicated for the grafts.

“All I could do was just hold her hand,” David Gonzalez said.

More than a week after the horrific experience, Alivia is on the long road to recovery at home.

But her parents want to spare other families this nightmare.

“I want people to be more vigilant,” Kaycee Gonzalez said. “And putting (fires) out properly with water and not covering them up so they’re invisible.”

According to California State Parks, fires are only allowed in designated areas within fire rings. Anyone caught with an illegal fire can face a fine.

The Gonzalez family is hosting a fundraiser July 27 at the Old San Luis Barbecue on Higuera Street from 11 a.m. to 3 p.m. to help pay for Alivia’s medical bills. A GoFundMe has also been started to help the family.