PulsePoint, an app that displays emergency calls on a map, has been used in the City of San Luis Obispo since last year and is also employed by Santa Barbara County Fire. But people across San Luis Obispo County only got access to the app Monday.

“If a 911 call comes in of someone having cardiac arrest, the app is going to alert people within walking distance, a half-mile of that call, that have said they want to be alerted,” said CAL FIRE Captain Rob Jenkins. 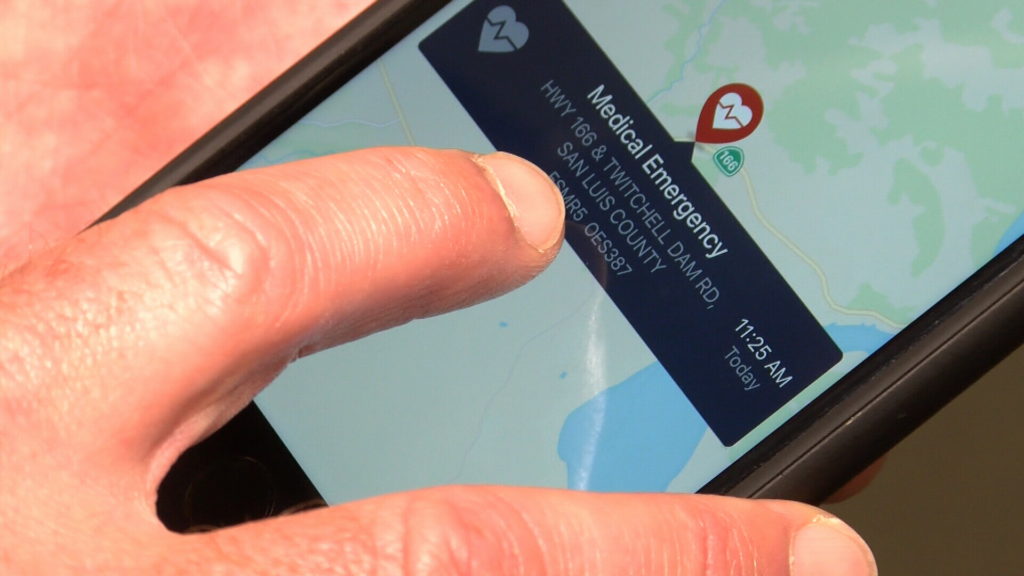 Last year, a Santa Barbara County man did just that, rushing to the scene of a woman experiencing cardiac arrest after he received an alert through PulsePoint.

“It was exciting, a little scary, but it was exciting to run over and make that difference,” said Cooper Lock.

Lock was able to provide lifesaving CPR until paramedics could arrive and take over.

“It helps give us a viable patient when we arrive,” Jenkins said. “The chance that we will be able to get a heart rhythm started again is much higher and the chance that the patient will have lasting deficit from that cardiac arrest is a lot lower if they had CPR happen the whole time of their arrest.”

“It could take first responders even in an urban area eight to 10 minutes to arrive, depending on the location,” Jenkins said. “Every minute that goes by without CPR, the chance of survival goes down about 10 percent, where after 10 minutes, the chance of reviving someone is about zero.”

While the app does provide everyday people a chance to be a hero, it is important for people to be CPR certified before responding to an incident.