Students at Cal Poly in San Luis Obispo assisted the Planetary Society Tuesday in successfully completing a first of its kind space mission involving a LightSail, which uses solar power to propel spacecraft.

“We’re deploying this huge sail that will allow us to basically ride the sun’s winds and propel us wherever we want to go,” said Michael Fernandez, a Cal Poly physics student.

Excitement was building in the Cal Poly classroom-turned-mission control as the Planetary Society worked alongside physics students to deploy a solar sail on the cube satellite that was launched back in June.

The Planetary Society’s leader, scientist Bill Nye, tuned in for the mission via Skype. 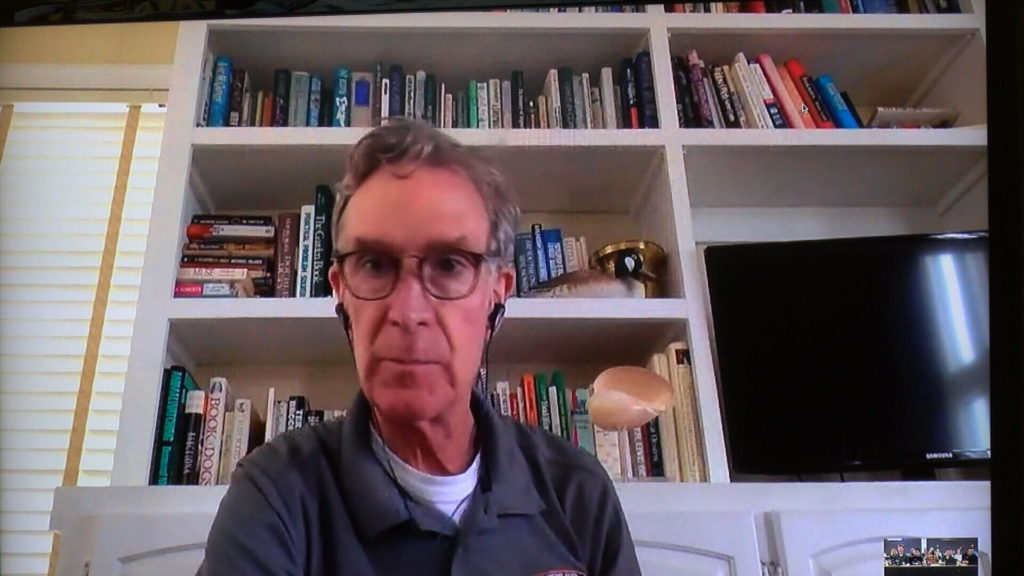 The mission was made possible through crowdfunding, which raised $7 million from over 40,000 donors.

It was also the first time the sail was deployed in Earth’s orbit.

“Earth orbit is specifically challenging because the drag forces in the atmosphere keep wanting to bring the spacecraft down,” Vaughn said.

“I was monitoring the telemetry as it came in. Then finally, once we commanded the sail to be deployed, I was monitoring it to see that it was actually deploying,” Fernandez said.

This mission’s success shows scientists it’s possible to reduce the size of the spacecraft and amount of fuel required, thus, potentially bringing down the cost of space travel. Vaughn said lower costs could lead to more players in the space race and faster advances in space exploration.

“A very long dream of this is, solar sailing is the only known technology that could one day, and I stress one day, get us to the stars,” Vaughn said.

For these scientists, shooting for the stars seems like a real possibility as they receive photographic proof of the solar sail’s success.

“It’s kind of surreal honestly,” Fernandez said. “It’s OK to see in the numbers on the screen like in text, yes, we’re deployed, but to actually see it physically from a photo is really amazing.”