The deadly Sunday shooting at the Garlic Festival in Gilroy was on the minds of South San Luis Obispo County law enforcement Tuesday as they trained for an active shooter situation.

“Danger is among us and I don’t think any of our communities are immune to these things happening in and around us,” said Arroyo Grande Police Department Commander Michael Martinez.

Officers, paramedics, firefighters and park rangers trained Tuesday on the campus of Arroyo Grande High School on how to respond or even stop an active shooter. Though students are currently on summer break, the school is typically full of people, which makes it an ideal spot for shooting simulation training. 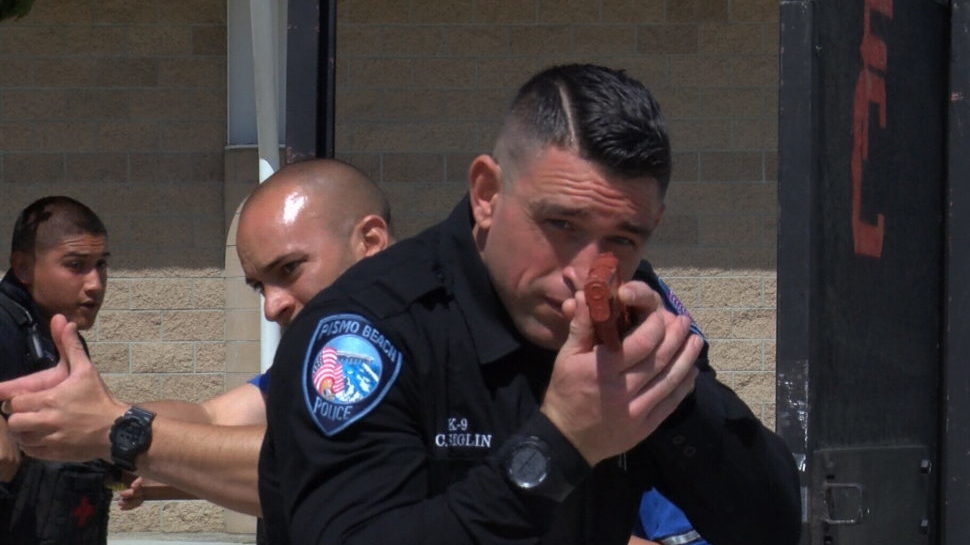 “If you look at most active shooter situations, they’re kind of considered target-rich environments,” Martinez said.

One recent example is the Gilroy Garlic Festival, where a gunman killed three people and wounded several others.

With each deadly attack – most recently the shootings in Thousand Oaks, Las Vegas, and Orlando – the training officers receive evolves. 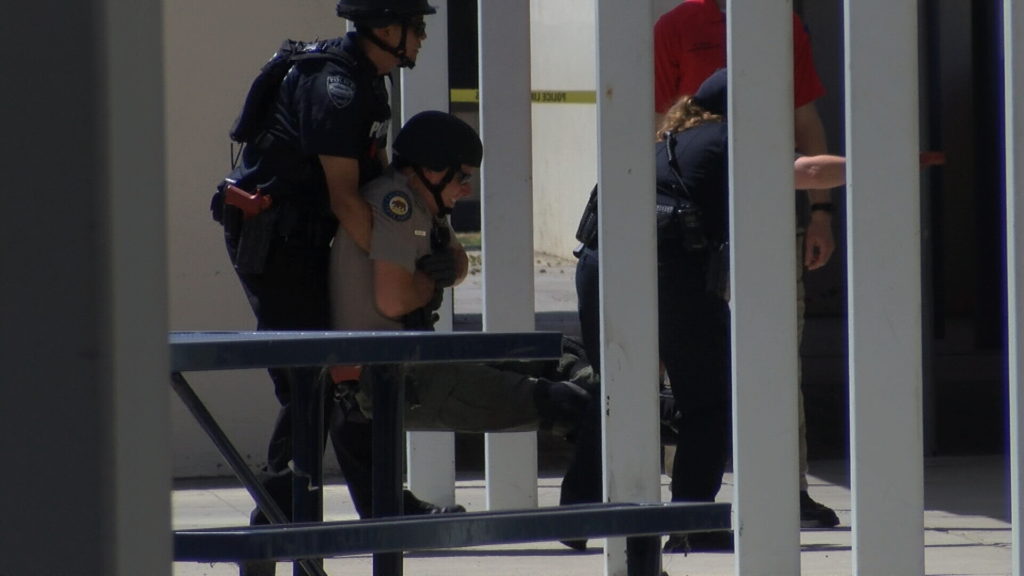 “Thinking back to Columbine and some of the first major active shooter events, the tactic used to be stand outside and wait for SWAT, back up,” said Arroyo Grande Police Department Sgt. Jeremy Burns. “Now we go up right away.”

“It’s pretty much an industry standard. When police show up, whether you’re a single officer or in a group, you have to respond to that incident and take swift action,” Martinez said.

The simulation helps officers learn the correct physical response, but Burns said only firsthand experience can prepare them for the emotional side.

“There are some techniques we use during the training, simulated gunfire, stress equipment we use that allows officers to know when they’ve been shot,” Burns said. “But it’s almost impossible to simulate that real-world stress.”