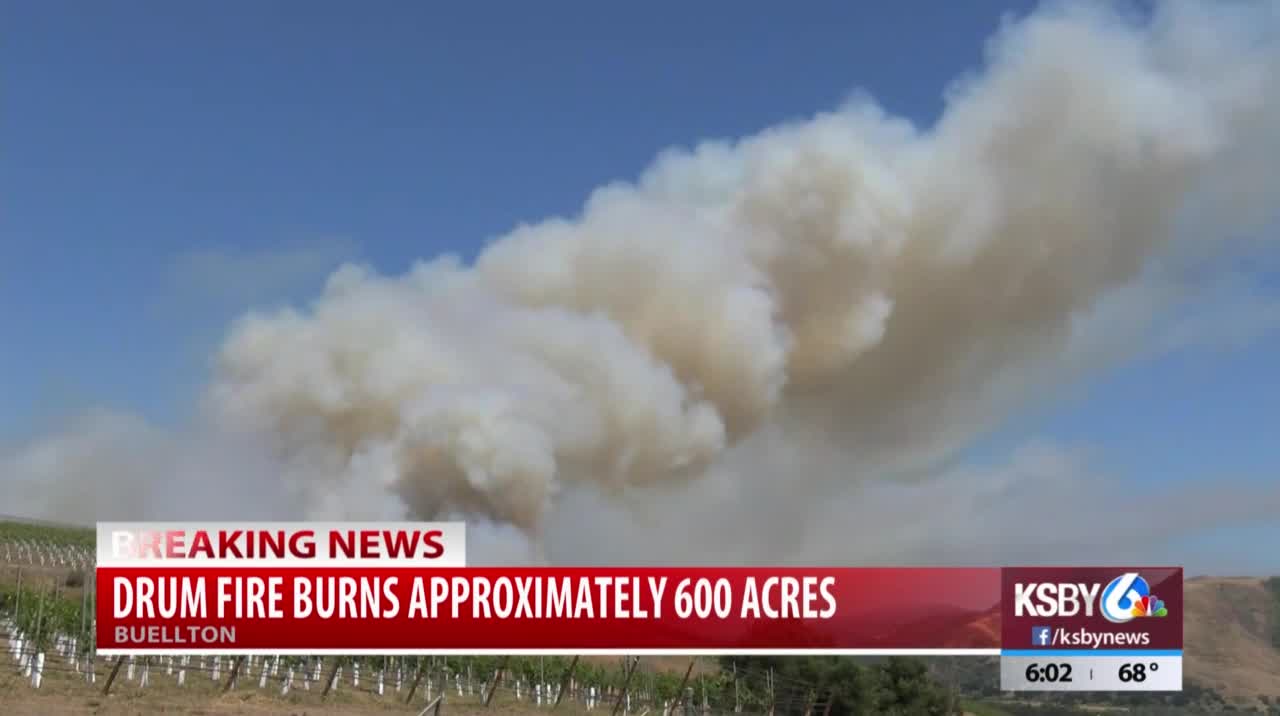 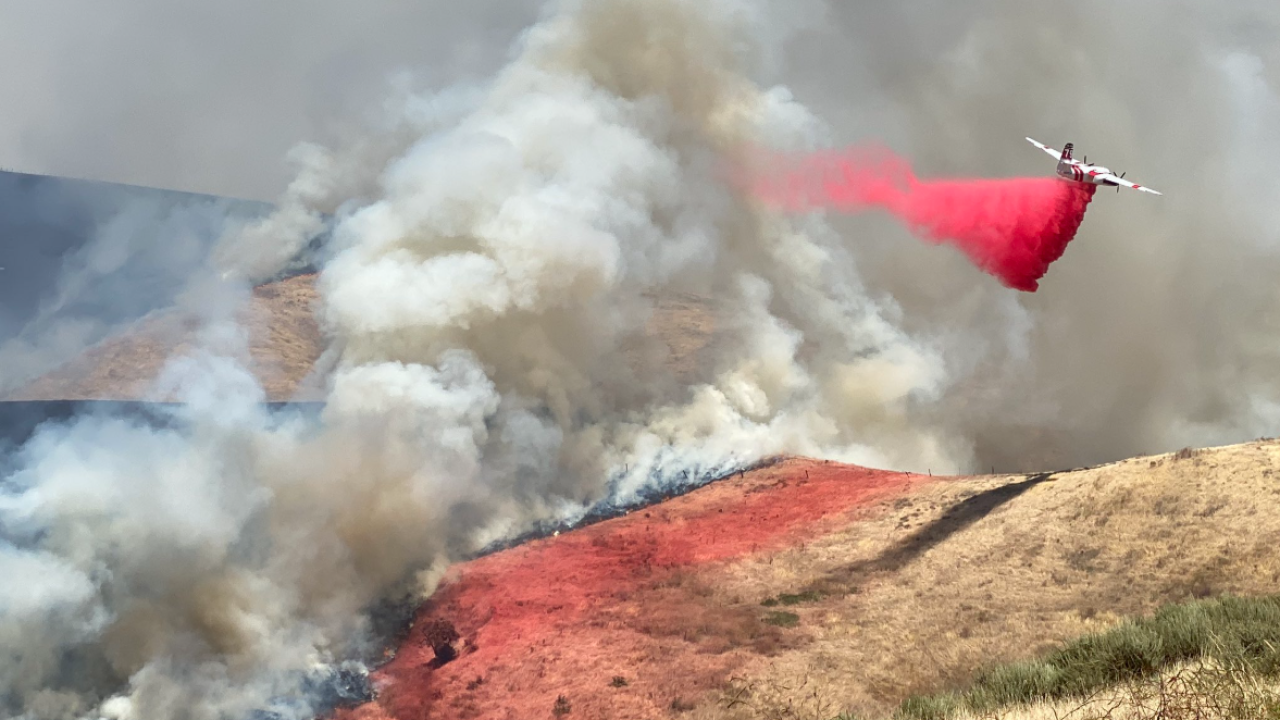 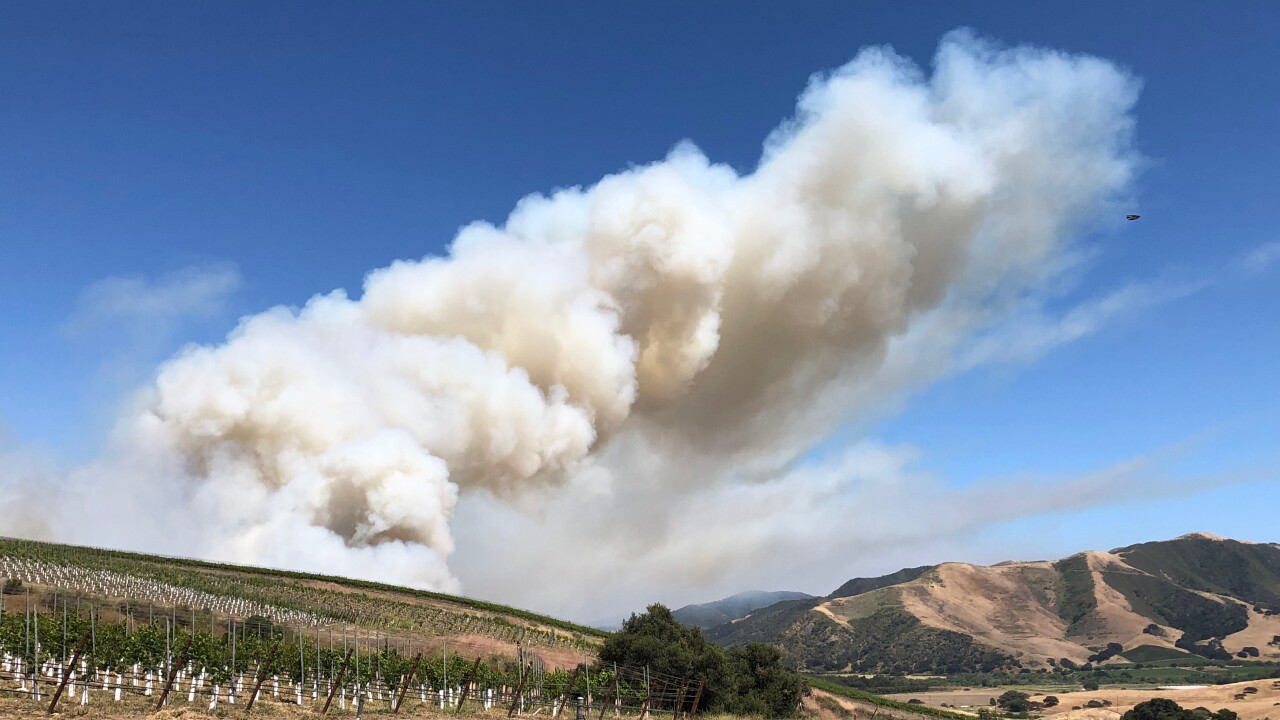 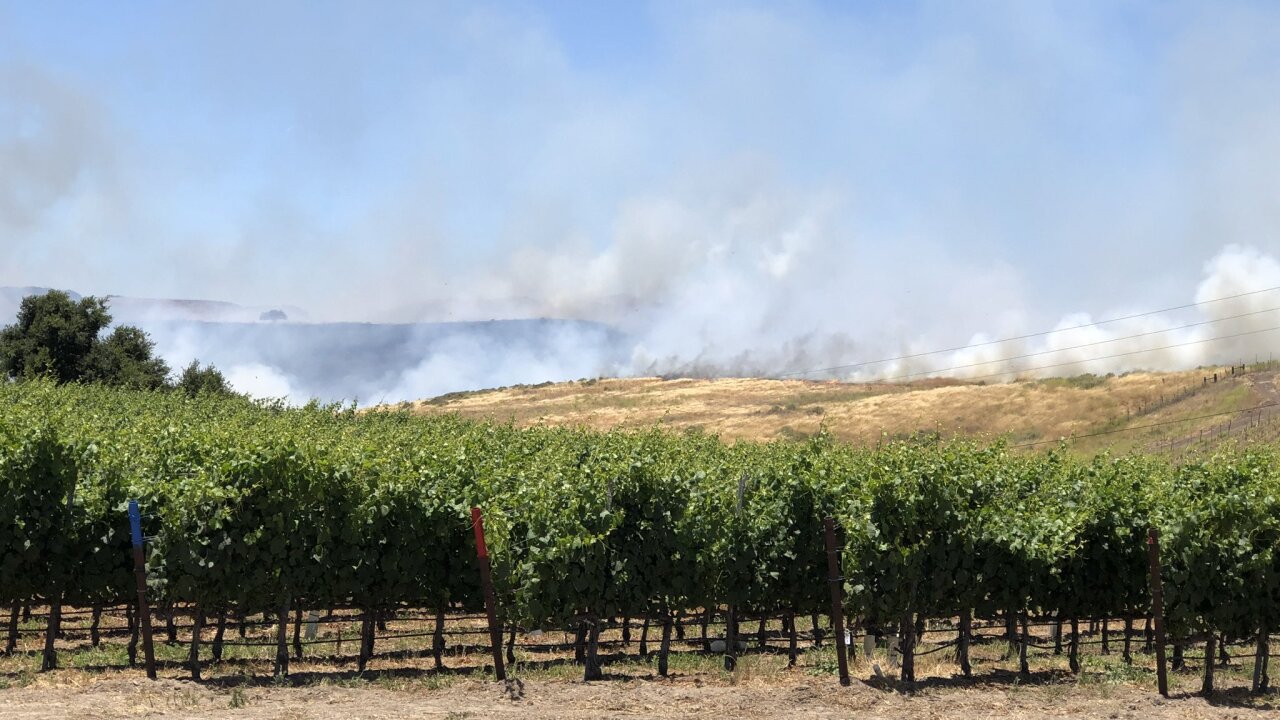 (UPDATE: 7:00 a.m.) - According to fire officials, about 600 acres were burned, but that number is expected to be revised this afternoon after a more accurate GPS mapping takes place.

According to Santa Barbara Fire Public Information Officer, Mike Eliason, the fire is 30% contained.
___
(UPDATE: 6:37 p.m.) - Forward progress of the Drum Fire has been stopped.

No reports of injuries and no structures were damaged, according to fire officials.

#DrumFire- A barn owl flies away from smoke during the fire. At the height of the fire, more than 100 structures were threatened, Drum IC reports none were damaged. pic.twitter.com/6i8Di5v3z0

The cause of the fire is still under investigation.
____

(UPDATE: 6:12 p.m.) - The evacuation orders have been updated to an evacuation warning.

Officials are slowly letting back residents back into the area if they want to return home.

Highway 246 is now closed from Buellton to Lompoc to thru traffic per Caltrans.

SigAlert: #Hwy246 is CLOSED to thru traffic from Buellton to Lompoc by grass fire so use caution & take #Hwy1 as detour. @CHP_SantaBarb @PIOJimShivers

(UPDATE: 3:46 p.m.) - Residents near Bobcat Springs Rd. have also been ordered to evacuate.

Fire officials said their main focus is protecting the Bobcat Springs area and Buellton as much as possible.

Currently, the Drum Fire is burning east towards Buellton city limits, according to officials.
________

(UPDATE: 3:36 p.m.) - The Drum Fire has grown to 200 acres, according to Mike Eliason, a Santa Barbara County Fire Department spokesman.

About 200 personnel are on scene helping with the fire fight.

Crews said they are using a aggressive vegetation fire tactics to cut as much line on the fire as possible.

Santa Barbara County Animal Services has been activated and is helping residents with large livestock evacuate the area.

Large livestock may be evacuated to the Elks rodeo grounds Gate 3. Please bring your own feed and supplies.

Small animals may be evacuated to our Santa Maria shelter at 548 W Foster Road.

(UPDATE: 2:00 p.m.) - Fire officials have expanded the evacuation warning to an evacuation order as the Drum Fire continues to burn east to US Highway 101 from Dominguez Road, north of Hwy 246.

Law enforcement is assisting with the evacuations.

Firefighters with the Santa Maria Fire Department are heading to assist with the fire.

The Santa Barbara County Sheriff’s Department as issued an Evacuation Order for the area of Domingos Road to Highway 101, excluding the Buellton city limits, due to a vegetation fire. Those in the area are ordered to evacuate now. https://t.co/YqDKvUfZIM

Santa Barbara County firefighters are responding to a vegetation fire near Buellton.

Fire officials say winds are causing the fire to move easterly causing it to threaten some structures.

Evacuation warnings are in place from north of Hwy 246, from Domingos Road east to Bobcat Springs area.