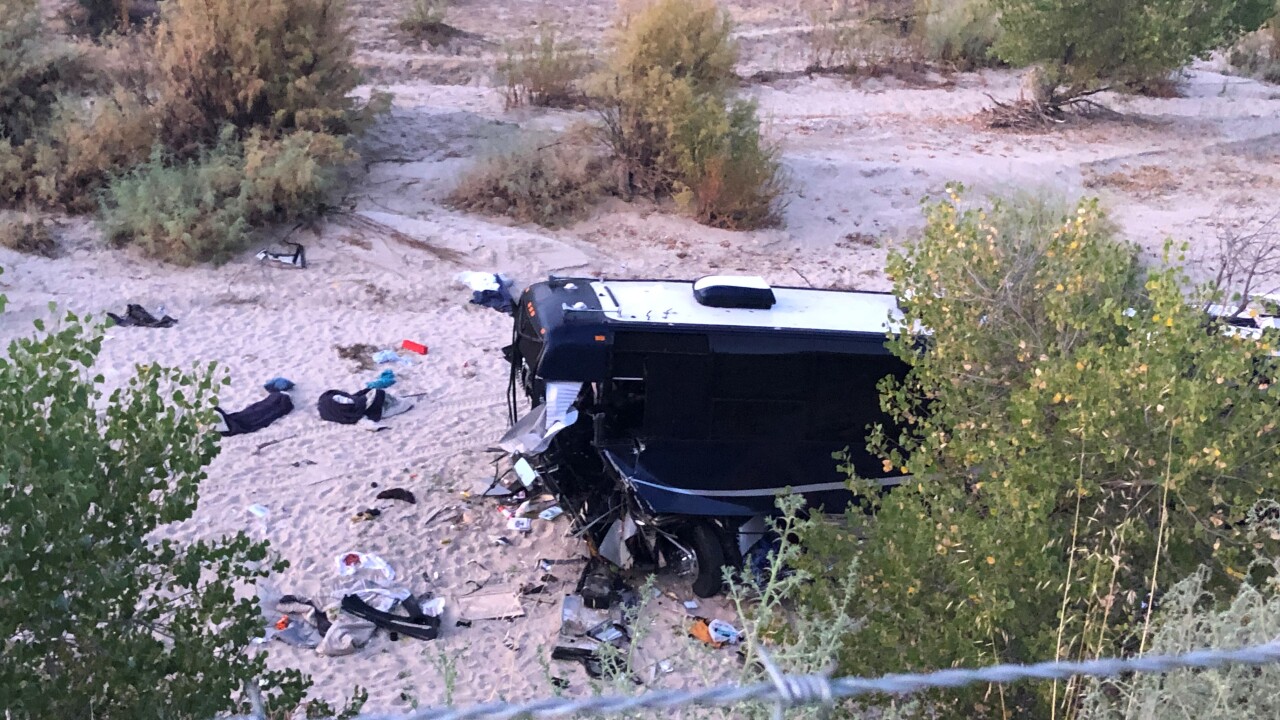 In a press release sent out by the fair, a representative of Turner's said, “Josh Turner and his road family have suffered a devastating loss. Please keep the crew, band and Josh in your thoughts and prayers!”

One member of Turner's road crew was killed and several others injured when the bus they were riding in crashed off Highway 46.

The driver and another member of the crew who were taken to a Fresno hospital for treatment are reportedly in serious condition.
__

UPDATE (10:30 a.m.) - The California Highway Patrol has identified the man killed in a tour bus crash near Shandon as David Turner. His age was not immediately released and it's unclear at this time whether he was related to singer Josh Turner.

A total of eight people were reportedly on the bus. At least four were taken to area hospitals.
__

CHP has ruled out drugs or alcohol being a cause of the crash. They say the tour bus left Josh Turner's concert at Vina Robles and for unknown reasons, the driver left the road and drove 200 yards through vegetation until he hit the riverbed.

First responders say the bus launched off a 50 foot cliff and impacted the sand. As a result of the impact, numerous passengers suffered major injuries.

Two passengers were ejected and one of them died. Emergency crews say the driver was extricated and transported by air to a hospital in Fresno.

The tour bus was en route to Washington State. According to a truck driver witness, the bus was traveling about 60-65 mph at the time of the crash. The speed limit in that area is 55.

The bus following says they saw no brake lights when the bus left the road. CHP says they will be impounding the vehicle to see if there are any mechanical issues.

CHP is also looking into whether medical issues were a factor. They say the driver's age is unknown, but likely in his 50s.

Overall, CHP says there were eight to nine passengers on board, including the driver and all injuries were significant.

Crews will remain on scene throughout the day in order to pull the bus out of the embankment.

Highway 46 near McMillan Canyon Road is now open in both directions.
__

Fire officials say the people on the tour bus included members of Josh Turner's band crew. First responders say neither Josh Turner nor any of the musicians were involved in the crash.

Firefighters are on scene with rope systems to help get the patients up the 50 foot embankment.

One person is confirmed dead. Six patients are being taken to local hospitals. One is being flown to a trauma center in Northern California.

Both eastbound lanes of Highway 46 are closed.

[FINAL] #CenterIC Confirmed Tour Bus of the Josh Turner Road Crew was involved in this accident. Mr. Josh Turner and band were in different buses and not injured. #CHP and #Firefighters will be at scene several hours for investigation and clean up. pic.twitter.com/zVnPEjy5BN

UPDATE (2 a.m.) - CAL FIRE SLO says one person is dead and seven others are injured after a tour bus crashed near Shandon Wednesday night.

#CenterIC, @CALFIRE_SLO at scene Mass Casualty Incident. Passenger Bus off the roadway. Please drive with caution in the area.

The crash happened at around 11:45 p.m. on Highway 46 near McMillan Canyon.

Officials say the tour bus drove off the road and went down a 50 foot embankment.

The number of people involved in the crash has not been confirmed.

CHP is investigating the cause of the crash.