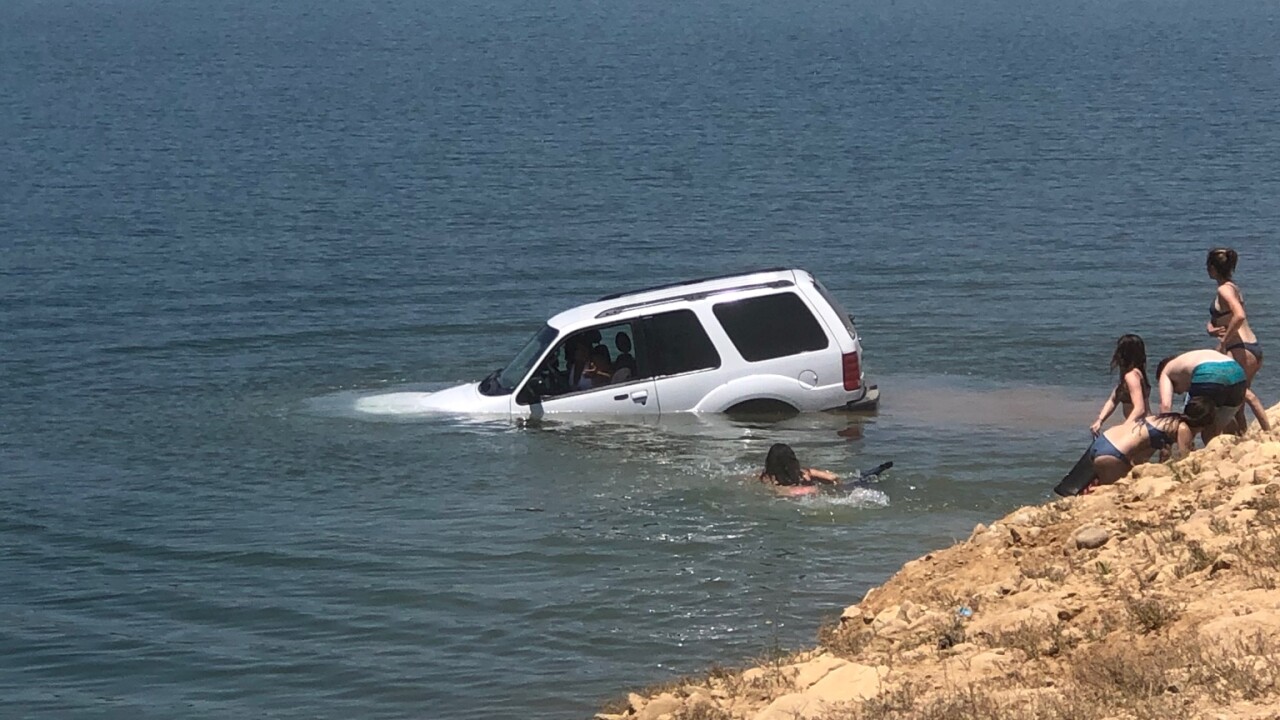 Bystanders rescued a woman who drove into Lake Nacimiento at Heritage Ranch Thursday afternoon, according to CAL FIRE SLO officials.

CAL FIRE SLO tweeted the agency's Engine 33 responded to the incident at around 12:47 p.m.

Bystanders rescue the driver of a vehicle after she drove into Lake Nacimiento at Heritage Ranch. @CALFIRE_SLO Engine 33 responded and confirmed the driver was not injured. Monterey County Park Rangers are conducting the investigation. pic.twitter.com/FuDUoYtIy0

First responders say the driver of the vehicle was not injured.

It is not clear how the woman drove into the lake. CAL FIRE SLO says Monterey County Park Rangers are investigating the incident.