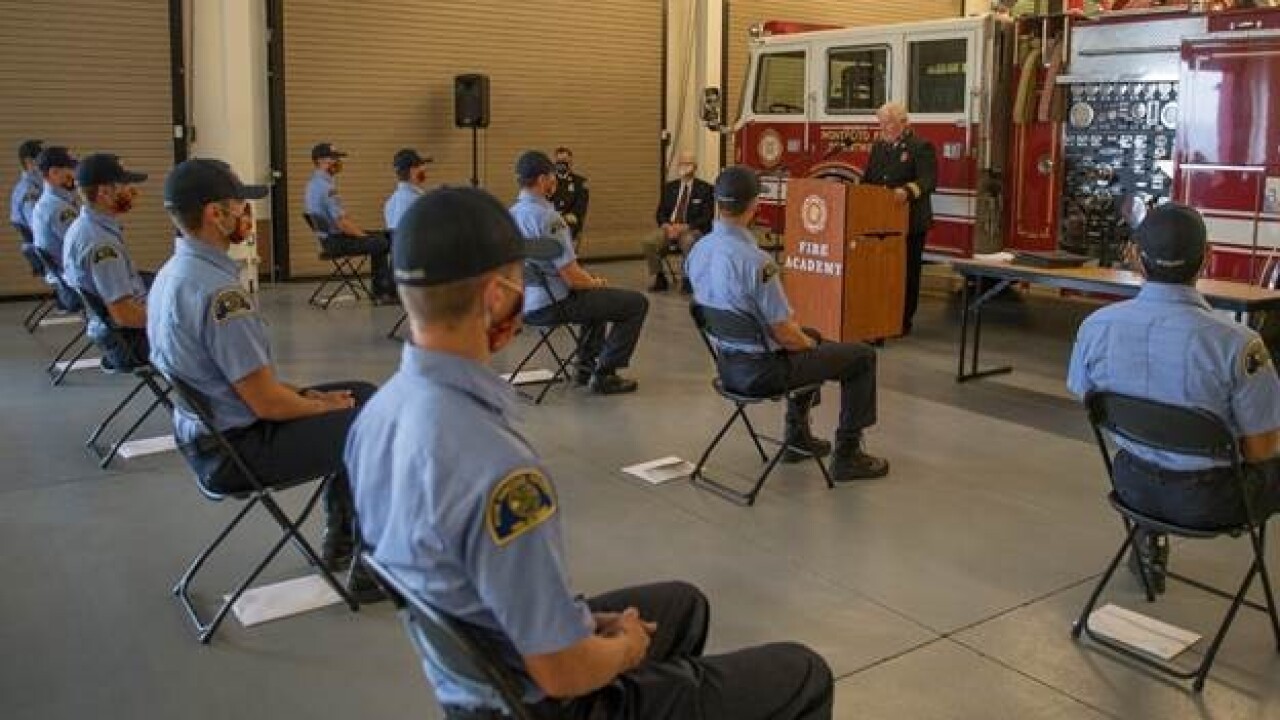 After 624 hours of classroom and field instruction, they've received their certificates of accomplishment on July 31, according to the press release.

The school held a ceremony at the Hancock's Public Safety Training Complex in Lompoc. Officials said the ceremony included only graduates and Hancock administrators and employees and graduates wore facemasks in socially distanced seats.

“Everyone one of these graduates has vastly improved their skills since they began their training,” Hancock Fire Academy Coordinator Andy Densmore said in the press release. “We are very proud of each and every one of them.”