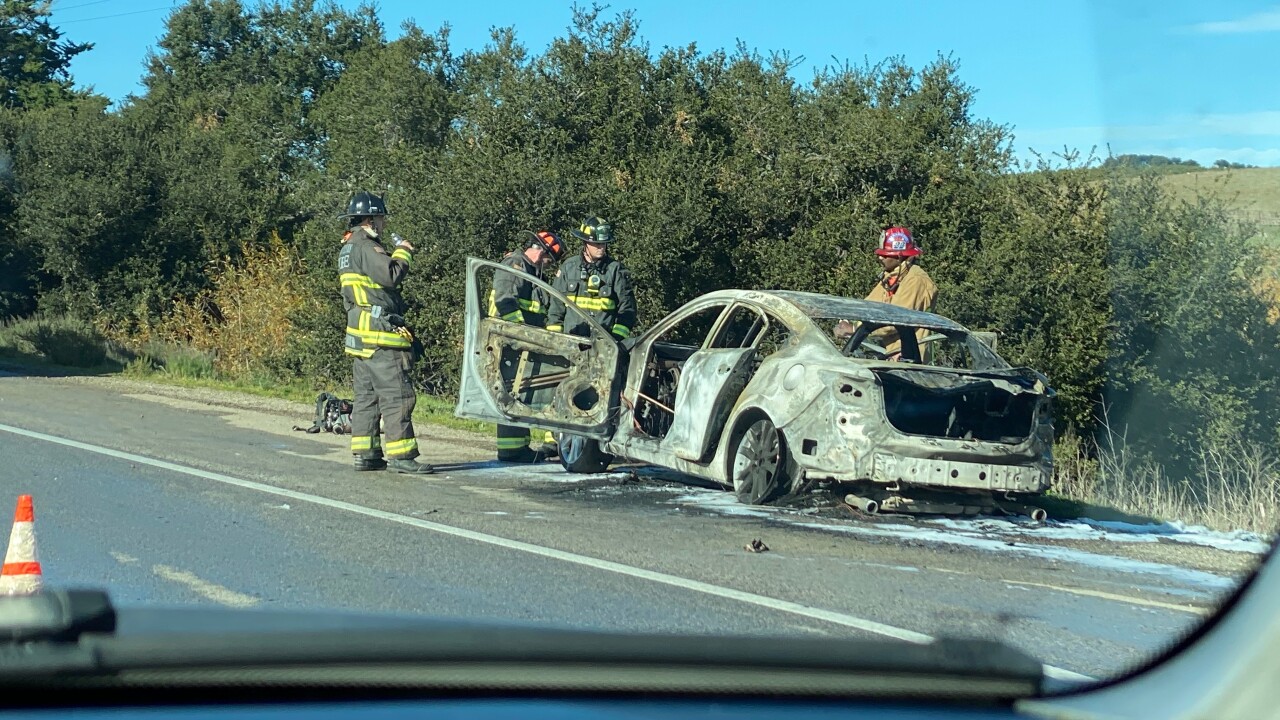 In a call with KSBY, an official with CAL FIRE SLO says the number two lane of Highway 101 northbound near Laetitia Vineyard Drive in Arroyo Grande is currently closed. There is no word yet on when the lane is expected to reopen.

CAL FIRE SLO could not say whether the driver of the vehicle was injured nor how many people were inside the car at the time of the fire.

This is a developing story,