Cal Poly’s Rose Float packed up for travel to Pomona 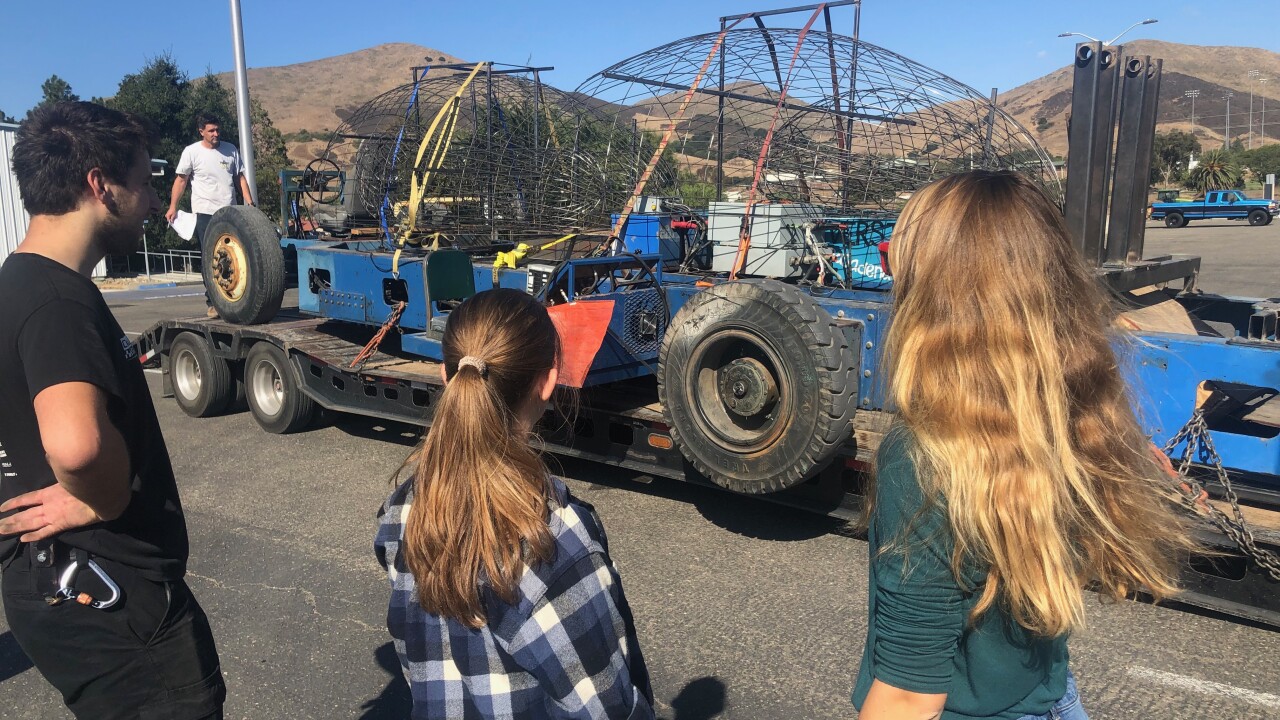 KSBY
Cal Poly students load the chassis of their Rose Parade float onto a truck for transport to Pomona on Oct. 17, 2019. 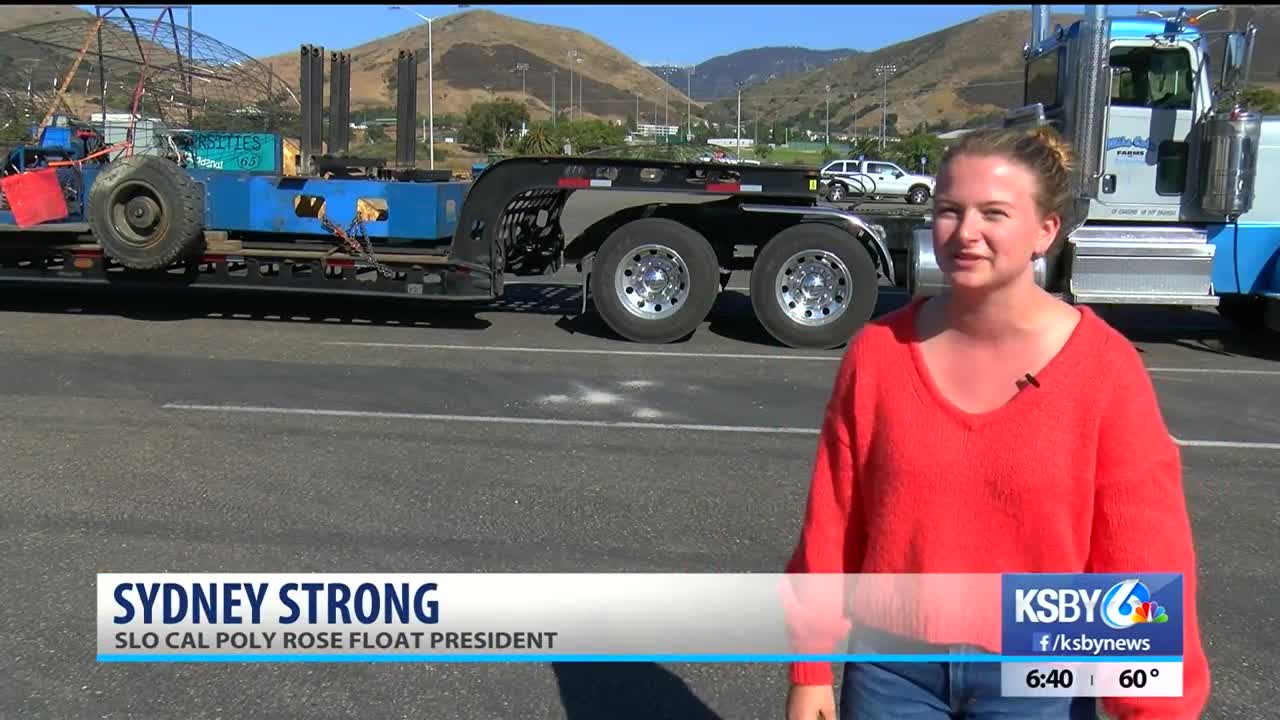 Students at Cal Poly in San Luis Obispo packed up their half of the 2020 Tournament of Roses Parade float on Thursday.

The skeleton of the float was shipped off to Cal Poly Pomona where students will continue assembling and decorating it.

"The Cal Poly Pomona program has their half of the chassis all the way down in Pomona already and we are bringing our half down to them and then we'll put it all together and it'll look more like a float then," explained Sydney Strong, Cal Poly San Luis Obispo Rose Float team president.

This will be the 72nd year the two universities have worked together to build a float for the Rose Parade.

Every weekend for the rest of the year, Strong says students from San Luis Obispo will travel to Pomona to help finish the float.

The float's theme is "Aquatic Aspirations."

It features a submarine navigating above a sunken shipwreck a lots of colorful marine life.

The parade is held in Pasadena every year on January 1.