2 arrested in after chase through San Luis Obispo County 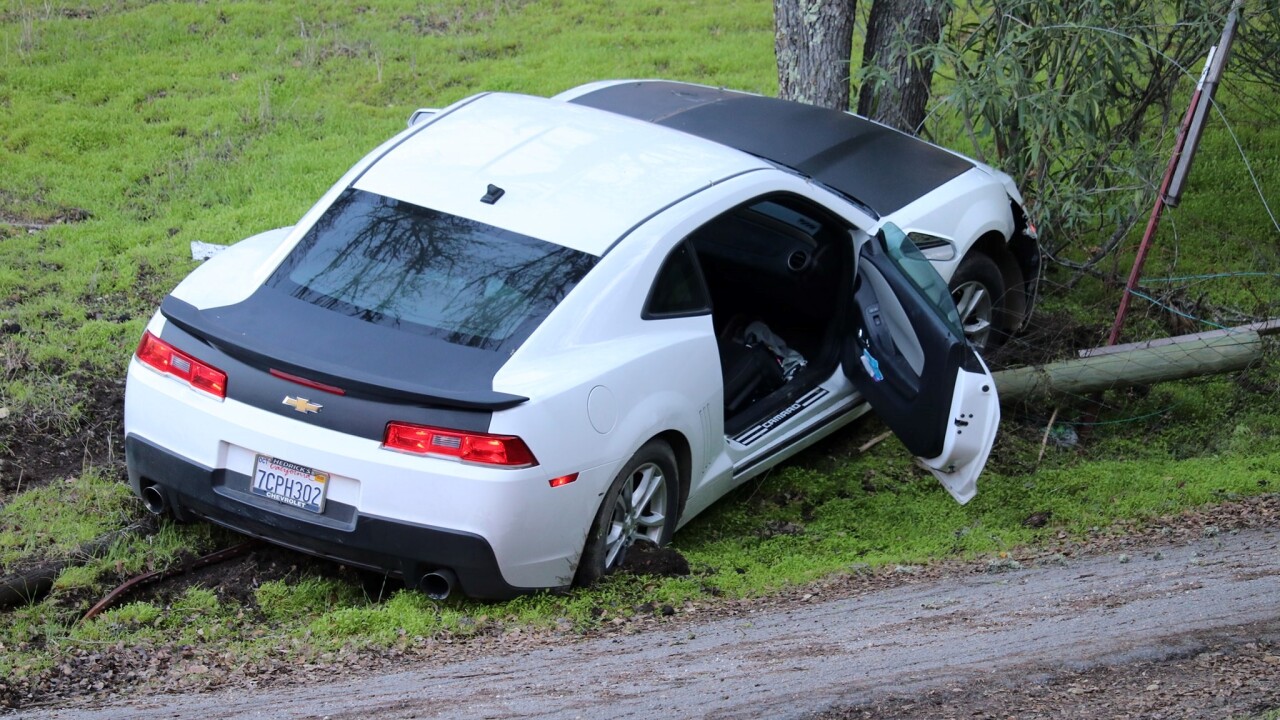 A press release sent by CHP summarized the incident.

According to CHP, the driver, identified as Jonah Fernandes, fled from the traffic stop in a white 2014 Chevrolet Camaro on the Cuesta Grade around 3 p.m.

The CHP officer who stopped the vehicle lost sight of the Camaro. About 30 minutes later, another CHP unit located the northbound on SR-41 near Homestead Road.

CHP stated Fernandes, trying to evade the responding officer, lost control of the vehicle at a sharp curve at a high-rate of speed and struck a tree.

He fled on foot, but was later arrested after a search by law enforcement with the help of CHP Air Operations Helicopter 70, San Luis Obispo County Sheriff's Office, and Atascadero Police Department.

The passenger, Brittany Hughartaguilar, was taken into custody as well but no longer appears on the jail roster.

Both Fernandes and Hughartaguilar suffered minor injuries in the crash.

Fernandes is from Corcoran, California and Hughartaguilar is from Hanford, California.