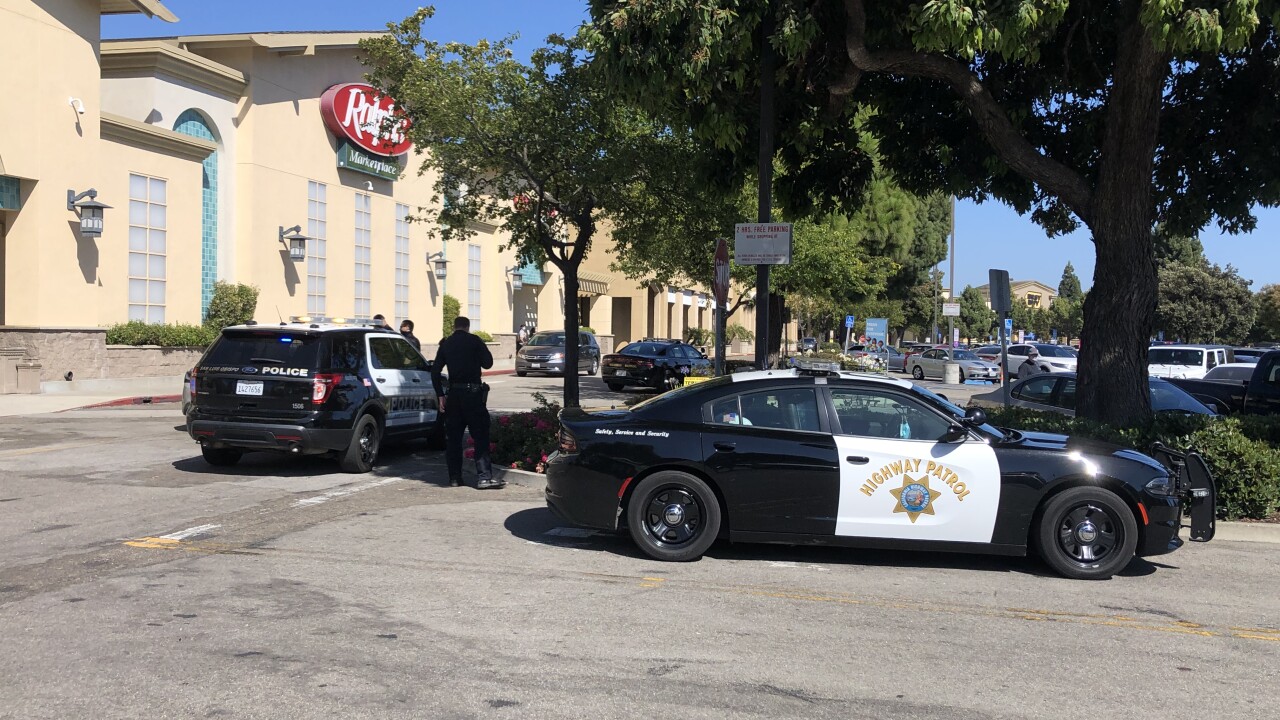 The pursuit of a stolen vehicle ended Tuesday afternoon in the parking lot of the Ralph's grocery store in San Luis Obispo.

According to the California Highway Patrol, officers attempted to stop the vehicle just north of San Miguel.

The driver refused to pull over and led officers on a pursuit southbound on Highway 101.

Officers deployed a spike strip at Marsh Street and the driver exited the highway on Madonna Road.

CHP says the driver stopped the car in the Ralph's parking lot and fled, along with a passenger.

The driver was taken into custody, but authorities continued to search for the passenger.

Officers from the San Luis Obispo Police Department and the Sheriff's Office were assisting in the search.

CHP says the car was reported stolen out of Atascadero.