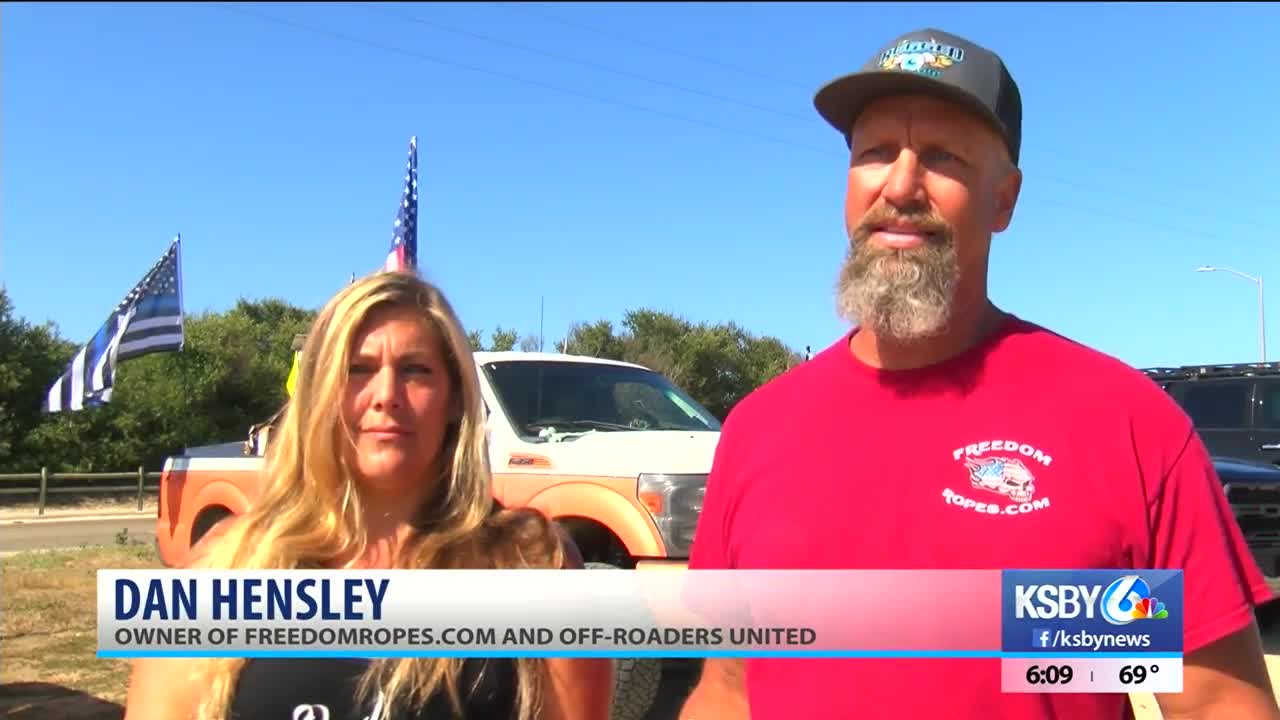 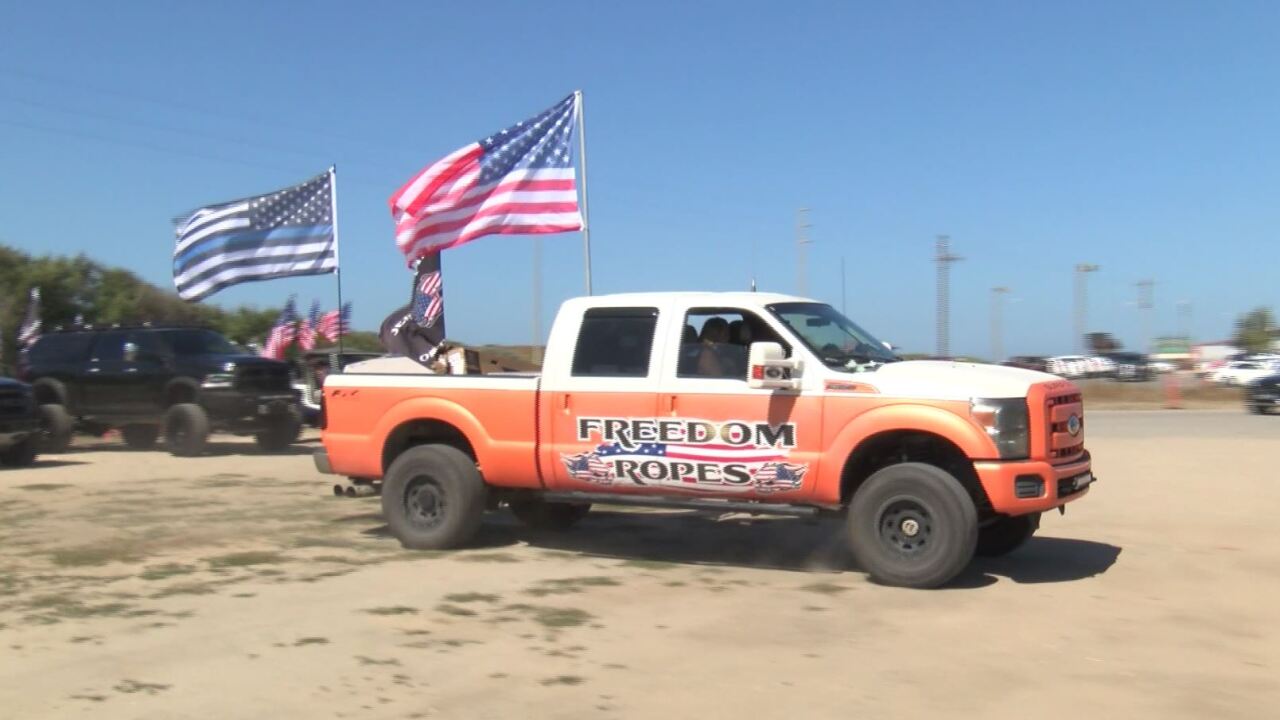 People along the Central Coast organized a "Back the Blue" Flag Run and Barbecue fundraiser to support local law enforcement.

Members of the "Off-Roaders United" organization met up in Grover Beach at 9:30 a.m before driving northbound along Highway 101 towards Paso Robles.

Vehicles were decked out with American flags and blue ribbons.

"We're here to bring people together, to get them to see the majority of the community still respects the flag, still respects freedom and they actually get along here. Just trying to bring some unity back and get people to smile again," said Dan Hensley, owner of Freedom Ropes.

In Paso Robles, they hosted a fundraiser at Big Bubba's Bad Barbecue restaurant from 11 a.m. to 5 p.m.

"[Law enforcement officers] have been put through a lot of trying times," Roger Sharp, president of Roger's Restaurant Group. "We are just trying to come together and use your facilities and our talents in the food service industry, supply the food and team up with all the groups to supply some funds for the people that need it."

Community members from Santa Maria, Atascadero and other areas of the Central Coast also came out to the fundraiser.

"Everybody reached out to me right away. Within a day, I had people from all over wanting to help," said Casey Bradshaw, the organizer of the event.

Off-Roaders United is a non profit group that was formed to advocate for off-highway vehicle access at the Oceano Dunes.