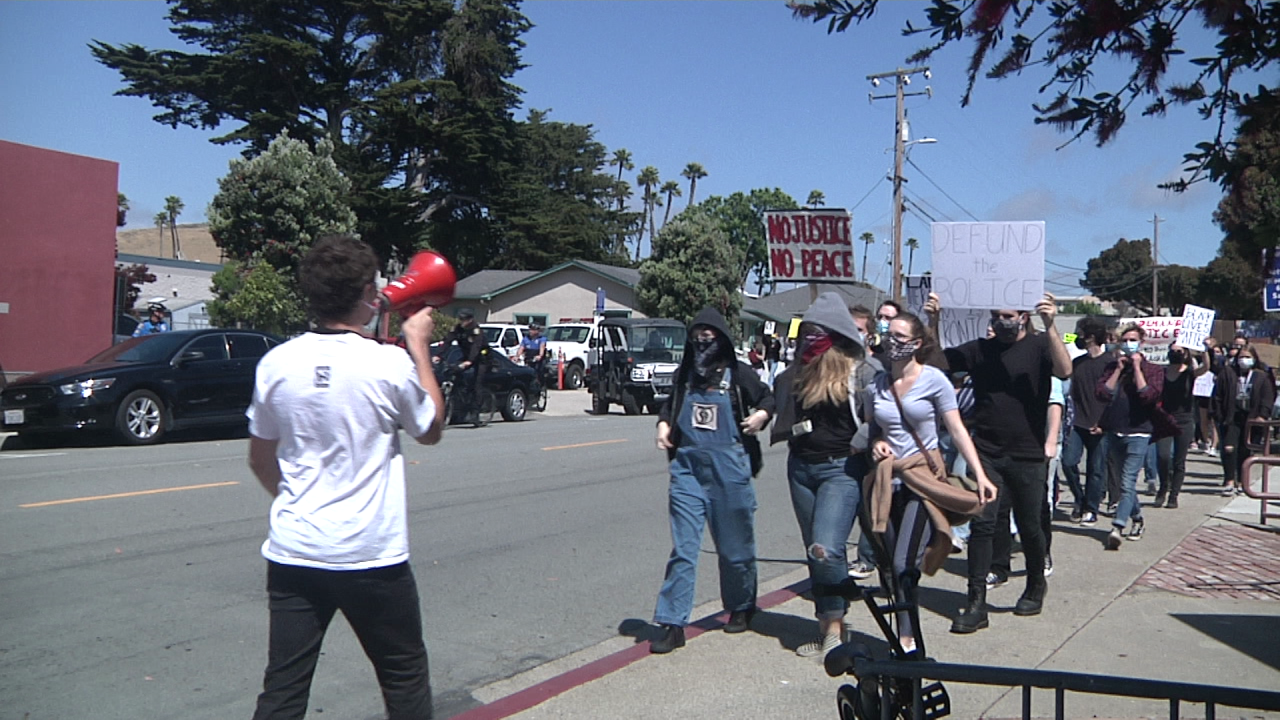 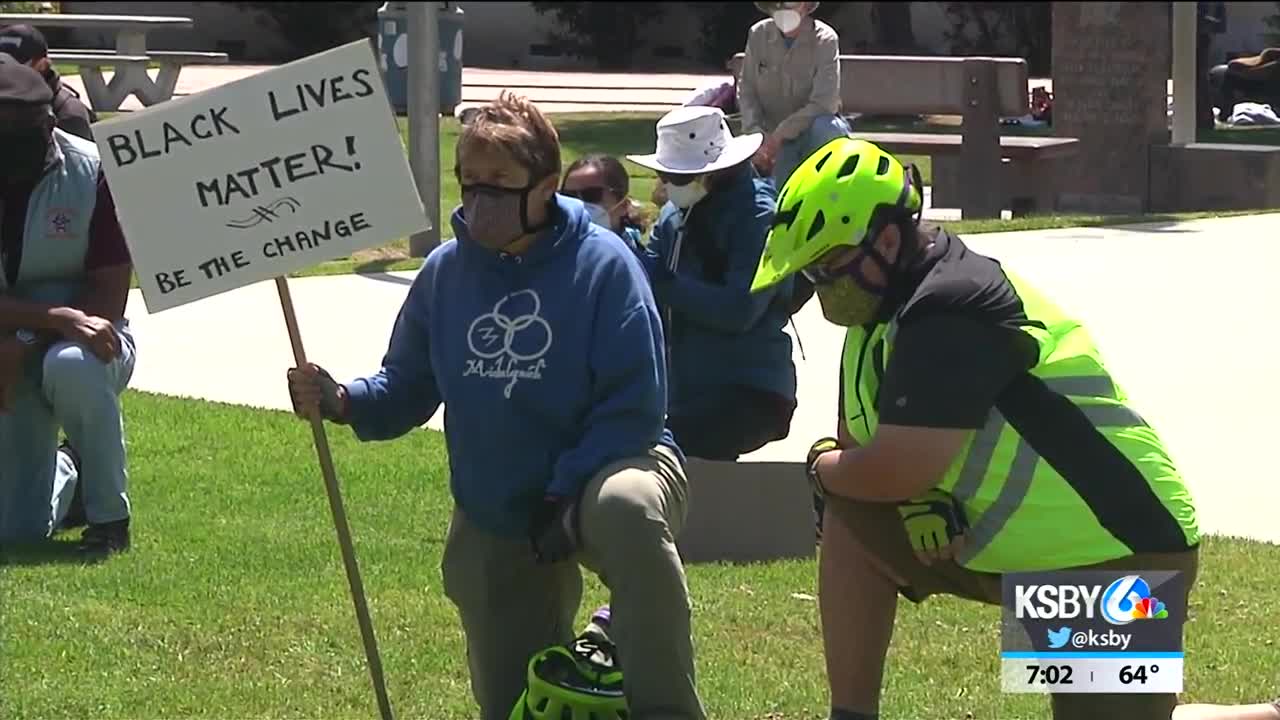 Hundreds of people came together in Morro Bay, Saturday afternoon, marching and calling for racial equality and an end to police brutality.

The peaceful protest put together by community members started at three o'clock and lasted for about an hour and a half.

"We should take this opportunity while so many people are united for this movement to call for larger action and I want to show that Morro Bay is on the side of that," said Nathan Moran, event organizer.

The event began with the crowd kneeling for 8 minutes and 46 seconds.

The 46-year-old was unarmed and handcuffed.

The crowd then marched through the city to Morro Rock where protesters knelt again before marching back.

"I definitely just want to support minorities and I'm here for equality and justice and I just want the voices that aren't often heard to be heard," said Karina Beckham, protester.

The promotional flyer for the event stated, just because our community is small doesn't mean we can ignore what's happening, and organizers and protesters wanted to give the city a chance to be involved.

"We're a small town, we're not used to seeing these types of events here, so it's been uplifting for those of us who live here," said Jeff Heller, Morro Bay city council member."

The event was peaceful and police were spread out throughout the city during the protest to make sure everything went as planned and to help control traffic in the area.

"We're a small community, we live in a bubble to an extent. We don't see necessarily the kind of stuff other cities do all the time but that does not give us the right to sit on the sidelines and stay silent, while so many other communities across the country and across the world are speaking out and calling for action," said Moran.

The organizer of the event said the protest didn't have any nonprofit organizations involved but it was an opportunity for the community to get involved.